From Athens to Brisbane: No to Golden Dawn! #antifa 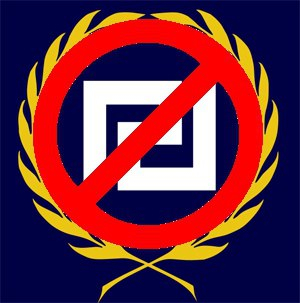 On Sunday evening (April 13) 60 Minutes broadcast ‘Greek Tragedy: The rise of Europe’s neo-Nazis’ on the sudden popularity of the neo-Nazi Golden Dawn organisation in Greece. In cooperation with local fascists in the Australia First Party, GD in Australia has organised a rally, march and picket of the Greek consulate in Brisbane on Friday, May 2. In just four days over 150 people have indicated they may attend the protest against the Australia First and Golden Dawn parties in Brisbane (please continue to invite others to attend: the more the merrier). 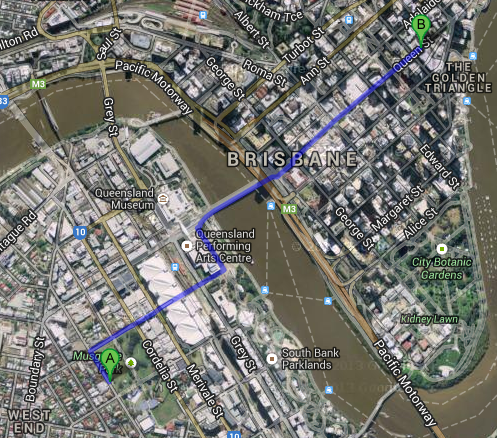 On Stormfront, AF Brisbane organiser Aaron Heaps has implored nazis and assorted other fascist dregs in Brisbane to support their rally/march/picket. Tomorrow, an interview with Aaron will be broadcast on 4ZZZ radio (alongside one with an antifascist).

Both accused deny being members of the neo-Nazi party and Steriopoulos has rejected “any ideological involvement in Golden Dawn” and allegedly condemns the party. Both men say they got into an argument with the victim after he blocked their path with his bicycle.

But Petros Konstandinou, of an anti-fascist movement [sic], rejected their statements, telling the press: “In cases like this, they always deny”.

“Today is International Migrants Day. I hope that the legal system will do its job and convict them,” as the case was only “the tip of the iceberg” of Golden Dawn wrong-doings.

Pakistani community representative Ashlam Tzavent claimed Golden Dawn was responsible for “six or seven murders” and “dozens of attacks” that have never been prosecuted. Human rights and immigrant defence groups have called a rally for later on Wednesday outside the Athens courtroom, where the trial opened under a heavy police presence.

A neo-Nazi mob affiliated to the Greek Golden Dawn party has intimidated a polyclinic of the human rights organisation Medecins du Monde (Doctors of the World) because it was providing healthcare services and medication to immigrants.

The gang of around 30 people, dressed in the far-right party’s uniforms, shouted “Blood, honour, Golden Dawn” and “Foreigners get out” outside the polyclinic in the Athens suburb of Perama, even though the facility also treats Greek patients.

I live in Melbourne, Australia. I like anarchy. I don't like nazis. I enjoy eating pizza and drinking beer. I barrack for the greatest football team on Earth: Collingwood Magpies. The 2021 premiership's a cakewalk for the good old Collingwood.
View all posts by @ndy →
This entry was posted in Anti-fascism and tagged antifa, Australia First Party, Brisbane, Chrysi Avyi, Golden Dawn. Bookmark the permalink.

6 Responses to From Athens to Brisbane: No to Golden Dawn! #antifa