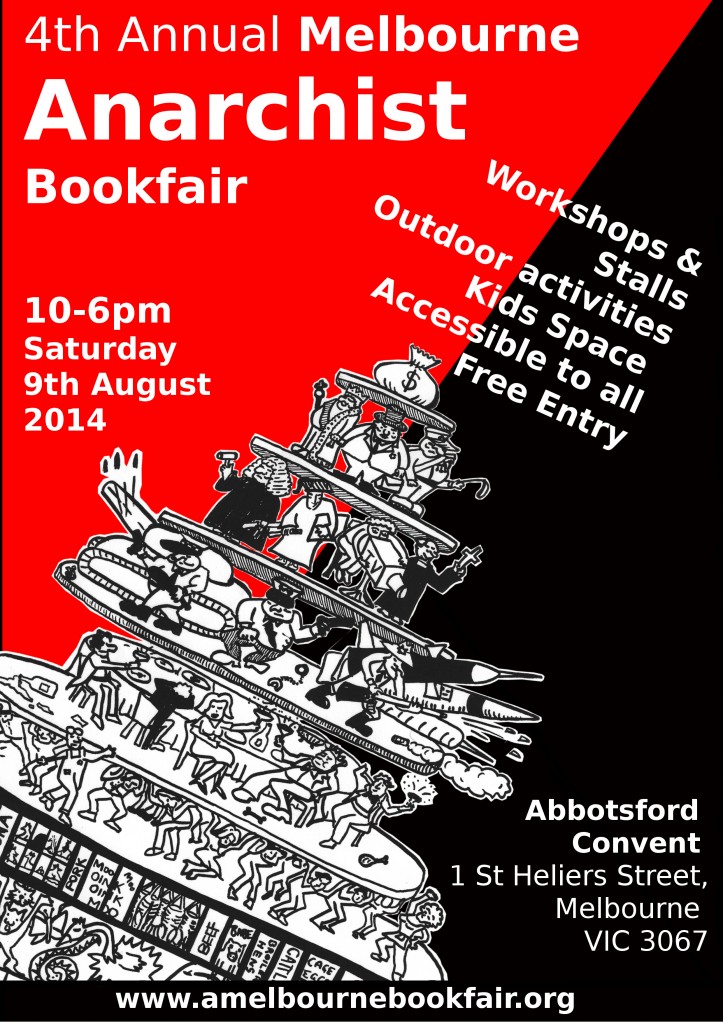 The fourth annual Melbourne Anarchist Bookfair will be taking place at the Abbotsford Convent on Saturday, August 9 this year. The Bookfair consists of around 40 or so stalls by independent and radical booksellers and activist groups. Alongside the stalls, there’ll be around 20 or so workshops running all day, on a range of topics of interest to anarchists.

Entry is free and kick-off is 10am.

Anarchist bookfairs take place all over this dying world, from the Balkans, Barcelona, the Bay Area, Belfast, Biel, Bochum, Bradford and Bristol to Winnipeg, Zagreb and Zrenjanin. See the Anarchist Bookfairs of the World blog for a much more complete line-up.