This Sunday, September 17, Avi Yemini has organised a rally to castigate the Victorian Premier, Daniel Andrews, for failing to stop African yoof from slaughtering Victorians.

The government has failed us.

Violent crime in Victoria is out of control and we refuse to wait until the next elections [sic] to demand safety and security for the good people of our great state.

We will be demanding:

2. NO bail for violent offenders.

3. NO early release for violent offenders.

4. Adult jails for offenders over the age of 18. No matter their sob story.

6. Empowering the community through the legalisation of defensive tools, such as pepper spray.

Avi has previously stated that ‘[t]here’s no question that Melbourne is currently under siege’, and that those besieging it are APEX (‘APEX: How to end their reign of terror’, July 16, 2016). On APEX, see : In defense of the “Apex gang”, Kieran’s Review, November 7, 2016; on crime in Victoria, see : FactCheck Q&A: is violent crime getting worse in Victoria and do people feel less safe than ever?, The Conversation, February 18, 2017.

Joining him on the day will be All The Usual Suspects, drawn from A26A, Asolate Security Group, Patriots Defence League of Australia, Reclaim Australia, Soldiers of Odin, True Blue Crew, United Patriots Front and various other right-wing satellites.

Well, actually, lvl boss of the TBC, Kane Miller, announced on Tuesday that the boys from Bendigo and Melton will not be joining Avi on Sunday. According to Kane, this is because of the unfortunate fact that, while they too regard African yoof as being suitable only for deportation, Avi simply failed to respond to their messages to him about the event.

This is very sad news. 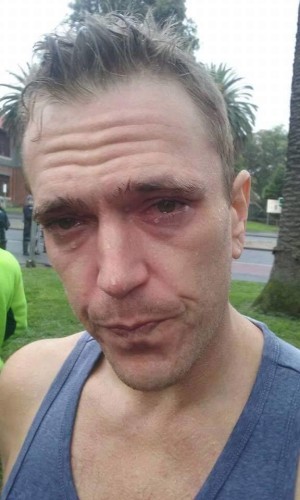 But wait! There’s more! On Friday, Kane informed the world that he and his Crew will indeed be attending on Sunday, because while they don’t support Avi or his #BFF Neil Erikson (who has previously denounced the TBC as the ‘True Meth Crew’), they rlly do hate African yoof as much as any other flag-waver.

In any case, the Soldiers of Odin — y’know, the mob founded by a Finnish neo-Nazi, Mika Ranta (Finnish Resistance Movement) — will mos def be present, including its President Jason (‘Jay B’) Moore, and Swiss member Jan Herweijer. Jan was recently in the news (August 22, 2017) because he ‘was issued with a letter from the immigration department last month informing him he had failed a character test. The letter, seen by nine.com.au, informs Mr Herweijer the department is considering cancelling his current bridging visa and refusing his partner visa application because of his online activity and affiliation with Soldiers of Odin (SOO).’ Note that in July:

Three men with ties to the [Nordic Resistance Movement] were sentenced on Friday to up to eight and a half years in prison for bomb attacks in western Sweden over the past year. Viktor Melin, 23, received the longest sentence for carrying out bomb attacks on a left-wing bookstore and an asylum center and an attempted bombing of a second asylum center. The attacks took place in November and January. Nobody was killed but one man was seriously wounded in the asylum center attack.

The Soldiers’ cousins in Sweden are also organising a march on a synagogue on Yom Kippur (Neo-Nazis Get Green Light To March Outside Swedish Synagogue On Yom Kippur, Aiden Pink, Forward, September 11, 2017).

Joining the Soldiers Of Odin will be whatever remains of the PDLA, which in this case seems to be Damian/Damien Kourevellis (Court told violent man not detained, Steve Butcher, The Age, March 26, 2009):

A man arrested and then released from hospital hours after threatening “suicide by police” was shot and wounded months later by an officer in a second violent confrontation. A court heard that father of three Damien Kourevellis left Sunshine Hospital on March 24 last year after police sought his involuntary detention under the Mental Health Act. Kourevellis that day had assaulted his partner, threatened to blow up her house with petrol bombs and then armed himself with a knife. But he was not charged for seven months.

Kourevellis later ‘pleaded guilty to nine charges from both incidents that included reckless conduct endangering serious injury to police and manufacturing an explosive device’, crimes which bring to mind both Blair Cottrell’s criminal record and of course my good friend Phill Galea, who if he wasn’t awaiting trial on terrorism charges would also be joining Avi outside Parliament.

One grouping that will not be present on Sunday will be Chris Shortis and the Australia First Party. Despite being a confirmed anti-Semite and White supremacist, Avi found time last week to congratulate Chris on his brave defence of the crime of inciting hatred for Muslims. This is a heartwarming tale and one which demonstrates that Avi and Chris can at least bond over their mutual fear and suspicion of Muslims and Africans. 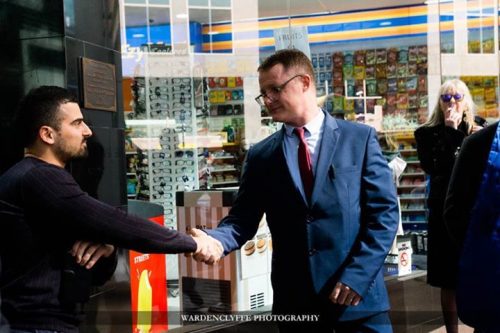 Certainly, the extreme-right and neo-Nazis have nothing to fear from Avi, whose main concern is to combat those opposed to the extreme-right. Thus: The media love to highlight the stereotypical mad-dog, right-wing, “neo Nazi”-looking crew, but they’re not the real problem. The real problem is the so-called “anti-fascists” who claim to be standing against hate (ironically in a very hateful way). (‘Burning the flag: A hate crime every time, The Times of Israel, June 28, 2016). 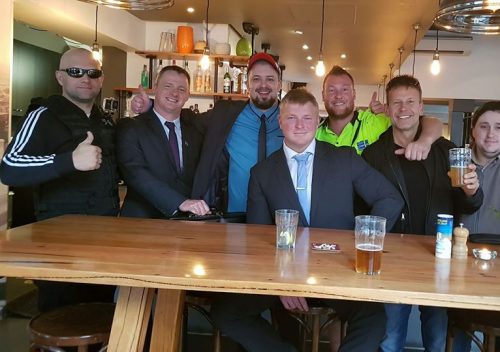 essentially bans face coverings during protest events where OC (capsicum) spray is commonly deployed by police (often in inappropriate, excessive and potentially unlawful circumstances). This means journalists, photographers, street medics and legal observers, as well as protestors will not be able to protect themselves from the effects of direct spraying or by-spray. This is despite numerous recent incidents where journalists, medics and legal observers (along with dozens of protesters posing no threat to police whatsoever), have been directly sprayed by ill-disciplined, under trained or over-zealous police.

The CBD has also been declared a ‘designated zone’ between 8am and 8pm on Sunday.

See also : AJDS Statement on Avi Yemini and the rise of far-right racism, September 14, 2017 | Counter Fascism Action: Join the Jew Bloc (Hosted by Jews against fascism) | From Charlottesville to Melbourne: Unite to fight the far right (Hosted by Campaign Against Racism and Fascism): 11.30am, Sunday, September 17, 2017 @ State Library of Victoria.