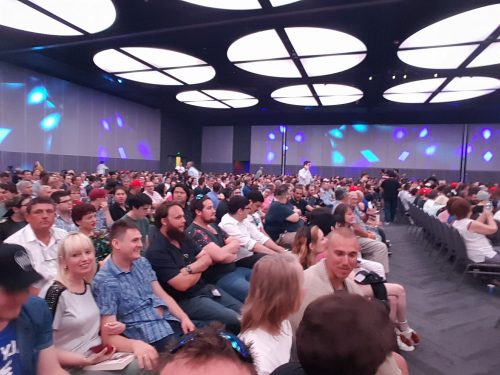 Milo Y spoke to a large kkkrowd at Perth Convention & Entertainment Centre (PCEC) last night, an event which was given a glowing review by The Daily Mail.

Managed by Spotless Group, Milo took a moment at PCEC last night to have a crack at writer Clementine Ford, who has spitefully refused his invitation to join him at the Troll Academy.

An extremely-talented performer, Milo has responded by using an image of Ford to which he’s appended the word ‘unfuckable’ (as well as riffed on the fact that she was apparently born in Queensland yadda yadda). 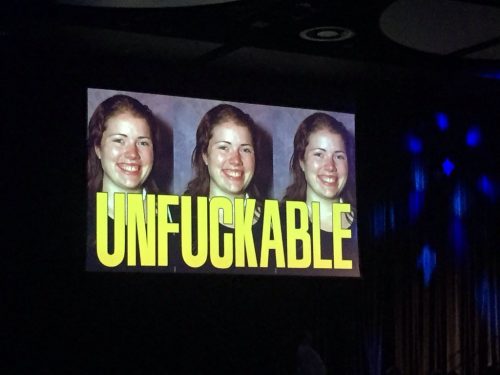 According to one fanboy, Milo was hugely entertaining, and the event was ‘99% funny, but one joke failed about people dying in boats on the sea … shark food, nobody laughed, in the whole crowd. A really good crowd, you could take them home.’

Milo also appears to be Cory Bernardi‘s fave gay d00d, and even though it was confornting he too was delighted by Milo’s sophisticated comedy stylings in Adelaide the previous evening, and looks forward to hearing him again when he speaks at federal parliament:

I was at #milolive last night. Full house of mostly young people eager for a different message from MSM. They want #ABetterWay but have to say was confornting to hear the very techniques of the Left used against them. Will see him again in Parl house this week. #auspol

Milo will be appearing again in Melbourne tomorrow (December 4).