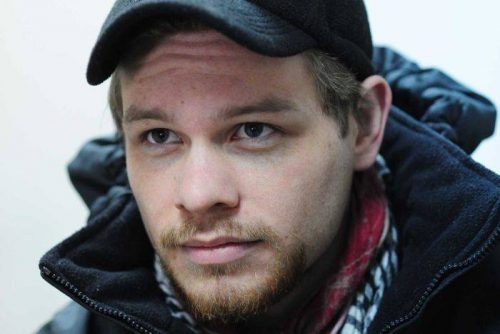 The Strange Case of Jock Palfreeman keeps evolving. As I write, Jock has been released from Busmantsi Detention Centre in Sofia, but is unable to leave Bulgaria until such time as the Prosecutor-General says so. I’ll probably write more on the case later, but in the meantime:

1) There’s a solidemo on Saturday, October 19 at midday at the State Library of Victoria. For more infos, please see the Facebook event page.

2) Jock needs money: ‘Please donate to support Jock Palfreeman’s expenses in prison and defending himself against the attacks of the Head Prosecutor of Bulgaria. There is no minimum donation required. Money raised will cover a variety of ongoing expenses of Jock’s day to day life and legal situation.’

3) A petition to Bring Jock Home remains in circulation and has obtained almost 7,000 signatures.

4) ABC’s Australian Story is featuring Jock on Monday, October 21: ‘When Jock was released on parole recently having served 12 years in jail, he and his father, Simon Palfreeman, could have been forgiven for thinking their nightmare was over. But a new crisis unfolded when Jock was caught up in a bitter stoush when politicians argued against his parole. He remains in limbo. Airs Monday October 21, 8pm (AEDT), on ABCTV and iview.’

I live in Melbourne, Australia. I like anarchy. I don't like nazis. I enjoy eating pizza and drinking beer. I barrack for the greatest football team on Earth: Collingwood Magpies. The 2023 premiership's a cakewalk for the good old Collingwood.
View all posts by @ndy →
This entry was posted in Anti-fascism, History, Media, State / Politics and tagged #FreeJock, Bulgaria, Bulgarian Prisoners' Association, Bulgarian Prisoners' Rehabilitation Association, Busmantsi Detention Centre, Jock Palfreeman. Bookmark the permalink.