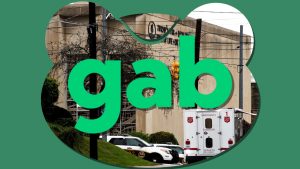 On this week’s episode of Yeah Nah, we talk to Megan Squire, a Research Fellow at the Center for Analysis of the Radical Right (CARR) and data scientist at Elon University in North Carolina:

How are extremist groups organizing online? Who are the key players and what do they believe? Which groups are growing and which are shrinking? Why are some online communities more toxic than others?

I collect, store, and analyze data – mostly from social media, but other sources as well – so we can understand how extremist and niche online communities work.