Anti-fascist action, more popularly known as “antifa”, can be best described as international socialism on amphetamines. ~ Dr Troy Whitford, Explainer: what is antifa, and where did it come from?, The Conversation, August 30, 2017 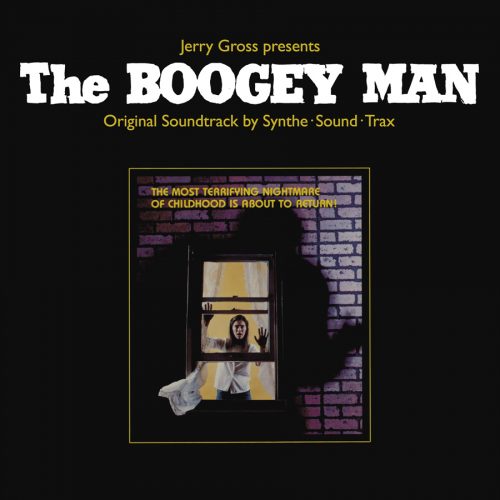 As part of a more general pants-shitting exercise, a few daze ago God Emperor Trump — who is, like, really smart, also a genius, and a very stable genius at that — tweeted ‘The United States of America will be designating ANTIFA as a Terrorist Organization’.

As others have indicated, there may be a few minor, technical issues with this proposal, not least:

Of course, to assign some Legal Eagle status to Drumpf is absurd; the purpose of such statements lies elsewhere, in the political domain. In any case, his gaseous explosions are naturally the subject of much commentary, including by way of Australia’s leading Institute for the Propagation of Marxist-Leninist Doctrine, sometimes erroneously referred to as the ‘Australian Broadcasting Corporation’. Hence: Donald Trump has declared it a terrorist organisation but what is Antifa anyway?, Will Jackson, June 1, 2020, in which I’m quoted as follows:

… Australian writer and antifascist researcher Andy Fleming said it was difficult to say how involved Antifa was in the current protests in the US.

He said they could be providing legal support, bail funds, medical assistance, attending protests, producing reportage, publishing analyses and seeking to expose far-right attempts to infiltrate and capitalise on the protests.

“In general, anti-fascists are supportive of the protests against racist police brutality,” he said.

“[But] to characterise the protests as being constituted by or taking place at the instigation of anti-fascists is radically mistaken.

“These are genuinely popular mobilisations, in which African-Americans, whether or not they identify as ‘anti-fascist’, play a leading role.”

“Which I think revolves around solidifying his base ahead of the November election, recasting the protests as the work of ‘alien’ political forces, and licencing further police brutality,” he said.

“It could thus be read as a sign of political desperation.”

And while there’s obviously more I could add, I think the above are pretty reasonable observations. Note that in the wake of Trump’s tweetery, the ABC has also published several other pieces looking at anTEEfa: Donald Trump calls them terrorists, but many Antifa see themselves as ordinary citizens fighting oppression, racism and police brutality, Stephanie March (Four Corners, June 2, 2020) and Who are Antifa and are they terrorists? (ABC News Radio, June 2, 2020). The latter features Dr Mark Bray, ‘an historian of human rights, terrorism and politics at Rutgers University and the author of Antifa: The Anti-Fascist Handbook‘ (MUP, 2017). To Mark’s comments on Australia, I would add that anti-fascists (‘ANTIFA’) have been a presence in this part of the worlde since the 1920s, especially among the Italian, Spanish and Jewish émigré communities. On the Italians, see : Fascism, Anti-Fascism and Italians in Australia 1922-1945, Gianfranco Cresciani, ANU Press, 1980 [PDF]; for Jewish anti-fascist histories, see Max Kaiser’s PhD thesis ‘Between Nationalism and Assimilation: Jewish Antifascism in Australia in the Late 1940s and Early 1950s’ & listen to Max Kaiser on Jews Against Fascism (Yeah Nah Pasaran!, 3CR, May 14, 2020).

Francesco Fantin may be gone, but he’s not forgotten!

See also : Anarchist Agency | Trump’s antifa tweet is right-wing catnip — with potentially troubling consequences, Shane Burley, NBC, June 3, 2020 | How ‘antifa’ became a Trump catch-all, Tina Nguyen, POLITICO, June 2, 2020 (‘Antifa doesn’t appear to have any organizing structure, but it has become a potent term for conservatives — a quick way to brand part of the opposition.’) | Trump’s Antifa Obsession Is an Unconstitutional Distraction, Emma Grey Ellis, WIRED, June 2, 2020 (‘The president says the US will designate antifa a terrorist organization. Can he do that? Probably not.’) | THIS IS A PUBLIC SERVICE ANNOUNCEMENT (WITHOUT GUITARS*), Hard Crackers, June 2, 2020.

I live in Melbourne, Australia. I like anarchy. I don't like nazis. I enjoy eating pizza and drinking beer. I barrack for the greatest football team on Earth: Collingwood Magpies. The 2021 premiership's a cakewalk for the good old Collingwood.
View all posts by @ndy →
This entry was posted in !nataS, Anarchism, Anti-fascism, Broken Windows, History, Media, State / Politics, That's Capitalism!, War on Terror and tagged antifa notes, Donald Trump, God Emperor Trump, Trump, Viva Presidente Trump!. Bookmark the permalink.