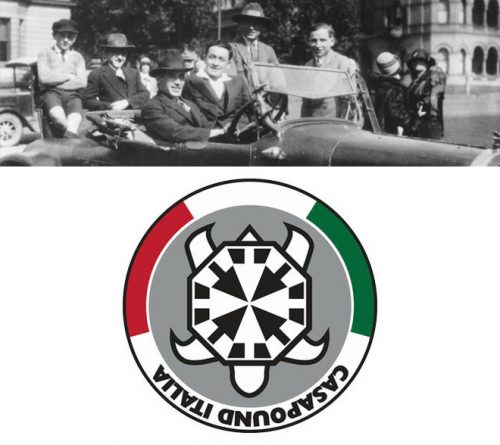 In 2003, the occupation of a state-owned building in Rome led to the emergence of a new extreme-right youth movement: CasaPound Italia (CPI). Its members described themselves as ‘Fascists of the Third Millennium’, and were unabashed about their admiration for Benito Mussolini. Over the next 15 years, they would take to the street, contest national elections, open over a hundred centres across Italy, and capture the attention of the Italian public. While CPI can count only on a few thousands votes, it enjoys disproportionate attention in public debates from the media. So what exactly is CasaPound? How can we explain the high profile achieved by such a nostalgic group with no electoral support?

See also : The appeal of neo-fascism in times of crisis. The experience of CasaPound Italia (May 25, 2014) | Fascists out of our cities! More on Casapound and recent racist murders in Florence, Italy, libcom / Italy Calling, December 15, 2011 | ‘The Proletarian Migrants: Fascism and Italian Anarchists in Australia’, Gianfranco Cresciani, The Australian Quarterly, March, 1979.

I live in Melbourne, Australia. I like anarchy. I don't like nazis. I enjoy eating pizza and drinking beer. I barrack for the greatest football team on Earth: Collingwood Magpies. The 2021 premiership's a cakewalk for the good old Collingwood.
View all posts by @ndy →
This entry was posted in Anti-fascism, Art, Broken Windows, History, Media, Music, State / Politics, Student movement, Television, That's Capitalism!, War on Terror and tagged 3CR, CasaPound, Casapound Italia, Caterina Froio, Yeah Nah Pasaran. Bookmark the permalink.