Bikini-clad fascists in Cronulla. And Brunswick?

[Update : Radio National‘s ‘The World Today’ has published the online transcript of the interview with march organiser Christine Hawkins which Liam kindly mentioned previously: ‘Women protest Sheikh’s comments with bikini march’ (Monday, November 27, 2006, 12:46:00, Reporter: Sabra Lane). A claim is made that the website for the march — in reality, a hastily cobbled-together wiki — was ‘hacked’ by White supremacists. As far as I’m aware, this is false, as the history of the page demonstrates. Further, the ‘White supremacists’ referred to in the report are Perth-based Ben Weerheym and various members of Scumfront, a number of whom have expressed support for both ‘chicks in bikinis’ and ‘Muslims out’.] 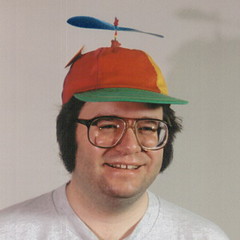 Murdoch’s Daily Terror — by way of Luke McIlveen — has today ‘revealed’ the fact that the fascist Australia First Party — under the leadership of Lebanese-Australian Dr. Jamahl Saleam — has finally ‘revealed’ its candidate for the upcoming NSW state election in March, 2007: aged care worker John Moffat. The article comes just under two weeks away from the first anniversary of the notorious outburst of racial violence that occurred last year in Cronulla, and for which local racists and fascists are organising a commemorative ‘Great Australian Bikini March’ on Saturday, December 9 in Brunswick, Melbourne. It also appears just a month after the AFP experienced its first electoral success in some years with the election of Bruce Preece to the Prospect City Council in Adelaide. Moffat himself previously stood for the AFP in March 2003, and received 814 votes for his trouble.

NSW Premier Morris Iemma has warned the ‘racist’ and ‘extremist’ AFP to pull their chicken-heads in prior to their intended celebration of the ‘White Uprising’, intimating that the NSW police may not look all that favourably on the presence of fascist groups intent on stirring up racism in the local community. Speaking to the press shortly after the events in December, local Melbourne fascist, and former leader of the now defunct Patriotic Youth League Luke Connors (young_soldier on the White supremacist website Scumfront) stated that “about 15 League members handed out literature to the Cronulla crowd, as well as buying drinks for some participants”. Meathead also claimed that his group ‘predicted further racial violence, naming the Melbourne suburbs of Heidelberg, Preston, Reservoir and Springvale as potential “hot spots”‘.

20 Responses to Bikini-clad fascists in Cronulla. And Brunswick?