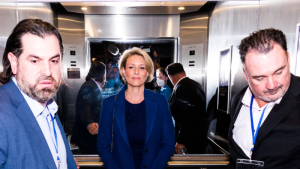 As America goes, so goes Australia.

On this week’s episode of Yeah Nah Pasaran! on 3CR we talk to semi-regular US correspondent Jason Wilson [Twitter]. We last spoke to Jason in October last year about all the cool and normel responses to COVID-19. Having been a regular columnist with The Guardian, Jason is now working with the Southern Poverty Law Center (SPLC). We spoke to him about American neo-Nazi leader Rob Rundo’s recent adventures, the problem with Todd Sampson’s flirtations with Rundo’s kameraden Down Under and the political meaning and significance of the elevation of anti-trans sentiment in the United States.