Australia First Spits The Dummy Over Australians Against Further Immigration: Another bunch of wankers decides to split racist vote in Cronulla and entertain the people of New South Wales

While “Extreme Right party One Nation has been effectively wiped out of NSW politics after it failed to nominate a single candidate for the state election”, according to The Daily Terror (‘One Nation out of NSW’, March 9, 2007), it appears that the racist vote in the up-coming election (March 24) in the seat of Cronulla will now be split: between the Australia First Party (John Moffat), on the one hand, and Australians Against Further Immigration (Warren Feinbier), on the other. Dr. James Saleam, Führer of the AFP, is not happy, and has accused AAFI of stabbing AFP in the back. Worse: “In not being tighter with our investigative functions, we were deceived by a spiv”! 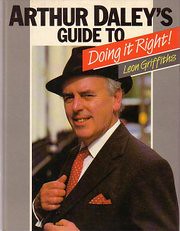 The ‘spiv’ in question, according to Saleam, is some wanker called Edwin Woodger: he, apparently, constitutes the leadership of AAFI, and, oddly enough, like AFP councillor Bruce Preece in Adelaide, is an accountant. There’s obviously no love lost, then, between AFP and the 56 candidates AAFI will be fielding in the election. But “…[a]s for Edwin Woodger himself, we go one step further: there will be no place where the wrecker will rest in peace”. Exactly what Saleam means by this is difficult to say, although it’s extremely unlikely that he’ll organise another shotgun attack — as he did on ANC representative Eddie Funde‘s house back in 1989 — on Woodger… at least, that’s what one hopes!

Finally, I can now reveal — thanks to ZOG — the contents of a very special addwess Herr Doktor recently made to a public gathering at Cronulla:

See also : ‘Pressure to assimilate won’t work, leader warns’, Richard Kerbaj, The Australian, March 5, 2007, in which Waleed Aly of the Islamic Council of Victoria makes the obvious point that ‘assimilation’ requires that new citizens of a state — in this case, referring specifically to Muslims in Australia — be provided with the opportunity to do so; ‘But co-founder of Australia First Party Denis [“The Racist Menace”] McCormack [ex-AAFI] argued that Muslim immigration into Australia was problematic and that the nation was set up to “remain predominantly white”. “This is an immigration problem that has gotten out of control,” he said. Mr McCormack later told The Australian some Muslims exploited the West to “advance their own agendas”. He said the gap between Muslim and non-Muslim birthrates in Australia would only be exacerbated by immigration’. Mike Steketee (‘Facts and figures punch holes in the fear of veils’, The Australian, March 8, 2007), on the other hand, tries hard to at least sound like a nice liberal (even if “True, most terrorists these days are Muslims”!), opining that “it is useful to keep these things in perspective”. My take? It’s a Joooish conspiracy! To avoid tackling the real issue! Which is the pernicious spread and influence of Buddhism! They’re taking over! AAARRRGGGHHH!