Moffat: “Some of my best friends are Muslim lifesavers!”

THE far right candidate John Moffat has denied he put out a leaflet demanding the removal of Muslim lifesavers from North Cronulla and accusing “Islamic supremacists” of incest.

But Mr Moffat said many Cronulla people would incline towards the views expressed in the leaflet bearing his name.

Mr Moffat, Australia First‘s only candidate in the state election, is standing for Cronulla and called for an end to the multicultural “nightmare” he said was afflicting the area…

The pamphlet delivered to letterboxes in Cronulla yesterday [by members and supporters of Australia First, organised by Darrin Hodges] called for the axing of a campaign to encourage the integration of Muslim surf lifesavers at Cronulla, a project it describes as a “monstrosity”.

Mr Moffat said that while he did not put out the pamphlet, it was “ludicrous” that the Federal Government was paying $600,000 for the “On the Same Wave” Muslim lifesaving initiative.

“I am not against Muslim lifesavers. But true Australian lifesavers do it for free.”

On the claim in the pamphlet that many “Lebanese thugs” in the 2005 Cronulla riots were “the product of incest” and that these bloodlines had led to “an underclass of Islamic supremacists”, Mr Moffat said “that is a popular sentiment”, but he did not know enough about the issue…

…to provide evidentiary support for his absurd contentions: which, together with his pointless denials of political responsibility for the leaflet in question, puts Moffat well on his way to becoming a professional politician (rather than an amateur neo-Nazi).

In related news, John Laidlaw, 24, a member of the British National Party — one of the two contemporary political parties Australia First models itself upon (the other being the German NPD) — has been sentenced (February 23) to life imprisonment on three counts of attempted murder. Laidlaw had previously threatened to “kill all black people”, and “Following the conviction it emerged Laidlaw was found guilty of a racially-aggravated assault on a driver in 2004 and given a community punishment just days before the London shootings”. 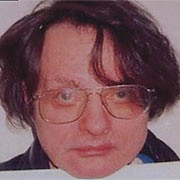 On the same day, February 23, the jury in the trial of two other racist meatheads — David Jackson and Robert Cottage — accused of plotting to make a bomb with intent to endanger life, has failed to reach a verdict.

In the Czech Republic, anarchists clashed with fascists outside a proposed US military base in the Brdy military district, 45 miles southwest of Prague. Noted Czech conformist (and former Czech President) Vaclav Havel reckons the base is a good thing; thousands of other Czechs disagree. (In January, anarchists forced Czech police to end another fascist demonstration in Moravia.)

On Saturday [February 24], police detained nine protestors at a demonstration in Beroun again the proposed US radar base. Four of those were later charged, two with attacking a public official and two with disturbing the peace.

Right-wing extremists and anarchists clashed at the demonstration. Police did not say whether those charged came from among the right-wing or anarchist group.

The demonstration against the radar base was staged by the Autonomous Nationalists Central Bohemia right-wing group. Police say about 100 people took part in the demonstration.

They were opposed by about 130 anarchists who attempted to prevent them from entering the square and threw stones at them. Ondřej Slačálek, a spokesman for the anarchists, told CTK that they sought to prevent the nationalists from marching through the town.

“The pretext of their rally, a demonstration against the construction of a radar station, is tantamount to abuse of a good idea by a movement that tramples on the rights of minorities,” Slačálek said.

The US wants to build the radar system in the Brdy military grounds, 70 kilometres southwest of Prague, as part of the plan to protect the United States and its allies against possible missile attacks by Iran and North Korea.

3 Responses to Moffat: “Some of my best friends are Muslim lifesavers!”