Top of the Pops

Share everything.
Play fair.
Don’t hit people.
Put things back where you found them.
Clean up your own mess.
Don’t take things that aren’t yours.
Say sorry when you hurt somebody.
Wash your hands before you eat.
Flush.
Live a balanced life.
Fascism bad.
Music good.

The following are doubleplusgood: 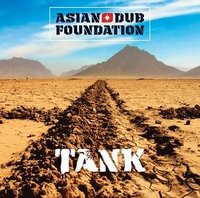 As the title suggests, Tank is an album created in a world at war. Oil makes a stark reference to the economic interests at stake for the countries involved, Take Back the Power is an attack on the abuse of power by dictators, Warring Dohl focuses on the situation in Pakistan and Bangladesh, while The Round Up sounds a particularly grim warning: “When you hear the marching drum/You know your time soon come”. As in their previous albums, the lyrics are shot through with meaning, while the album’s enormous energy prevents it from sliding into dogma. ADF remains first and foremost a musical laboratory overflowing with ideas, drawing on sophisticated programming, deep bass sounds and searing riffs to create its one-of-a-kind kick. The collective reveals once more that it is open to new sounds: Mad Mike from the Detroit Underground Resistance (founded with Jeff Mills), another great name in the realm of integrity, collaborated on Powerlines while Tomorrow Begins Today takes an original reggae stance. Melody 7, the album’s closing instrumental piece, recalls the group’s work on the soundtrack for La Haine, which they have taken up again with La Bataille d’Alger, a film banned in France on its release in 1965 because of its political stance. And it’s still hot stuff: the Pentagon viewed the film in 2003 as part of its fight against rebel groups in Iraq. 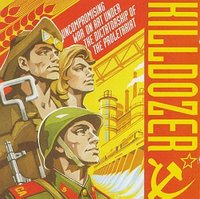 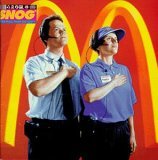 The IMCC is a multi-national, neo-global, conglomeration, created for the purpose of disseminating mind control materials and solutions. In short we have answers for
your life’s problems.

Users from all walks of life affirm that IMCC has helped them:
Gain more self-confidence in life
Achieve their goals
Attain self-respect
Feel good about themselves
Become successful in whatever they choose.

Whether you need to motivate your listless child or control your own unhealthy urges, the IMCC can help you fight the enemy within and achieve true happiness through submission to the will of the common subconscious. Individuality is no longer the route to fulfillment; only by becoming a part of the grand machination can we truly be complete.

Together with IMCC you can become a whole person, by becoming a part of the whole.

I live in Melbourne, Australia. I like anarchy. I don't like nazis. I enjoy eating pizza and drinking beer. I barrack for the greatest football team on Earth: Collingwood Magpies. The 2023 premiership's a cakewalk for the good old Collingwood.
View all posts by @ndy →
This entry was posted in Music. Bookmark the permalink.