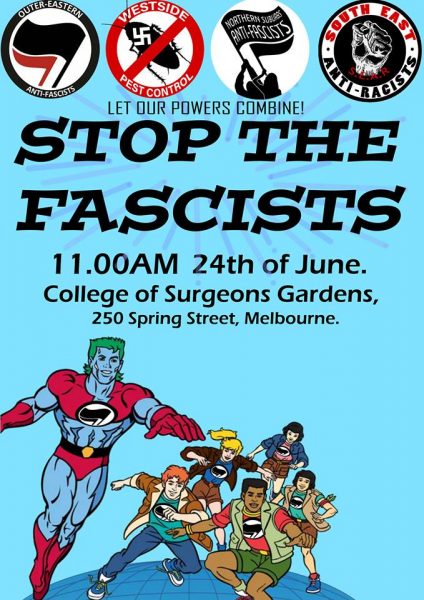 The racist methgoblins of the ‘True Blue Crew’ (TBC) are holding another flagwit parade in the Melbourne CBD this Sunday. There they’ll be joined by a range of other right-wing cranks, including ‘Soldiers of Odin’, neo-Nazi ‘Lads’, ‘Timmeh!’ and The Unhinged, and even Neil Erikson and ‘Cooks Convicts’.

The participation of the ‘Convicts’ in the ultra-nationalist rally and march is genuinely amusing given the fact that Erikson has spent the last year or two deriding the TBC as drug-addled bogan scum. And while TBC lvl boss Kane Miller was (for some unknown reason) in court again today, he’ll presumably be allowed out to wipe the shit off his face and to accompany Erikson as they and a few hundred racist dogs join Victoria Police for a brief wander around the city before drinks.

In any event, the Campaign Against Racism & Fascism will be joining with other groups to ‘Unite to Stop The Far Right’ and to ‘Stop the Fascist March’:

An assortment of far-right groups are gathering for a “flag march” this coming Sunday.

We encourage anyone outraged by the idea of fascists marching through the streets of Narrm to join the counter demonstration.

Antifascists are assembling from all over the city. If you’re not already participating in a group with a plan for this coming Sunday, we’d encourage you to join the demonstration gathering at College of Surgeons Gardens at 11am.

Note that, if last year’s event is anything to go by, the flag-waving wankers, reinforced by several hundred police, should have little difficulty in marching from Exhibition Gardens in Carlton to Parliament and back again before dispersing. Further, a few weeks ago the TBC conducted a survey of its Facebook fans. Of the 230+ users who responded, approximately 3/4 were (overwhelmingly Anglo- and mostly middle-aged) men, with half located in Victoria, and about 1/3 in NSW or QLD. Finally, while he was an enthusiastic participant in 2016’s rally and march and gave Big Ups to the TBC, unfortunately Phillip Galea remains in custody awaiting trial for terrorisms, so won’t be joining Kane and Neil on the streets on Sunday. 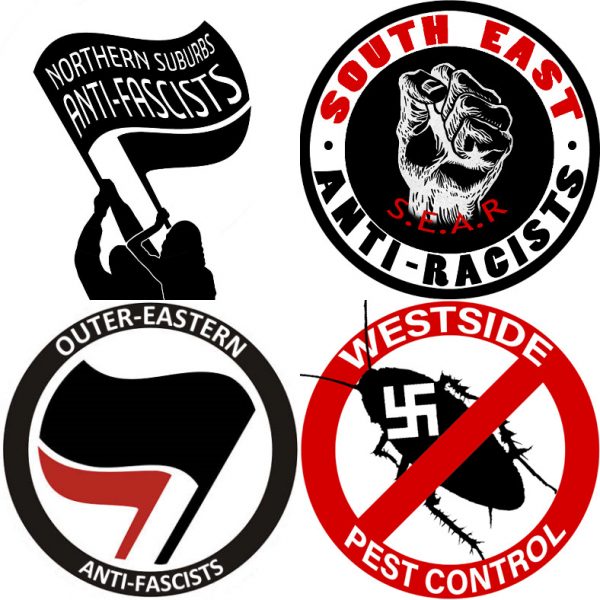 Finally, the leftist trans-Tasman publication Fightback has published a special issue dedicated to the subjects of fascism and anti-fascism. It includes an interview with yours truly about ‘Fascism in Australia’, which you can read here.