The urban guerillas of The Crazy World of the Conspiracy of Cells of Fire have brought fire! fire! to the offices of Greek fascist / para-state group Golden Dawn. In their communique claiming responsibility for the action and explaining their rationale, the group writes “Fire, to destroy all you’ve done. Fire, to end all you’ve become. We’ll feel you burn!” Note that, while there appears to have been some line-up changes in the last few months, the band’s tour of Athens is expected to continue to bring their particular brand of musical destruction to venues big and small across the city for some time to come.

There’s other things happening in Greece apparently, news concerning which is available @ libcom and also After the Greek Riots. On the road to a global social revolution, a Collingwood premiership is a necessary if not sufficient precondition according to TPTG, a concept elucidated by them in There’s only one thing left to settle: our accounts with capital and its state.

See also : The Still Crazy After All These Years World of the Conspiracy of Fire Nuclei (October 5, 2009).

Armed Struggle, the RAF, and Projectiles for the People: An Interview with Andre Moncourt and J. Smith

Gabriel Kuhn has interviewed André Moncourt and J. Smith, the editors of Projectiles for the People, about their book, the RAF, and armed struggle. The complete interview is reposted here; a slightly abbreviated German version of this interview will appear in the German journal Arranca!, No. 41, December 2009. A Swedish version is up on the activist website Motkraft.

See also : Walking with the Comrades, Arundhati Roy, DAWN, March 21, 2010: “Last month, quietly, unannounced, Arundhati Roy decided to visit the forbidding and forbidden precincts of Central India’s Dandakaranya Forests, home to a melange of tribespeople many of whom have taken up arms to protect their people against state-backed marauders and exploiters. She recorded in considerable detail the first face-to-face journalistic “encounter” with armed guerillas, their families and comrades, for which she combed the forests for weeks at personal risk. This essay was published on Friday in Delhi’s Outlook magazine. Arundhati Roy made the pictures in this 20,000 word essay available exclusively to Dawn.”

Most people interested in politics would recognise one of the pictures revolving on the front page of this website as Paddy Ashdown, the former leader of the Liberal Democrats. Most Sun readers would recognise him as Paddy Pantsdown, the politician who was shagging his Secretary.

Finally, The Discreet Charm of the Petit-Bourgeoisie:

It is striking that the course on which Hugo Chávez has embarked since 2006 is the exact opposite of the one chosen by the postmodern Left: far from resisting state power, he grabbed it (first by an attempted coup, then democratically), ruthlessly using the Venezuelan state apparatuses to promote his goals. Furthermore, he is militarising the barrios, and organising the training of armed units there. And, the ultimate scare: now that he is feeling the economic effects of capital’s ‘resistance’ to his rule (temporary shortages of some goods in the state-subsidised supermarkets), he has announced plans to consolidate the 24 parties that support him into a single party. Even some of his allies are sceptical about this move: will it come at the expense of the popular movements that have given the Venezuelan revolution its élan? However, this choice, though risky, should be fully endorsed: the task is to make the new party function not as a typical state socialist (or Peronist) party, but as a vehicle for the mobilisation of new forms of politics (like the grass roots slum committees). What should we say to someone like Chávez? ‘No, do not grab state power, just withdraw, leave the state and the current situation in place’? Chávez is often dismissed as a clown – but wouldn’t such a withdrawal just reduce him to a version of Subcomandante Marcos, whom many Mexican leftists now refer to as ‘Subcomediante Marcos’? Today, it is the great capitalists – Bill Gates, corporate polluters, fox hunters – who ‘resist’ the state.

Criticism of Chavez by Iranian labour activists and Marxists is nothing new. Over six years ago, in November 2004, Iranian Workers’ Solidarity Network (IWSN) wrote a polite open letter to President Chavez highlighting Iranian workers’ lack of basic trade union and other rights. This was followed by an open letter by the IRSL in July 2006 contrasting the main policies of the Bolivarian government and the IRI and explaining the regime’s role in the crushing of the 1978-79 revolution. There have been numerous open letters and statements (usually on the occasion of state visits) on Chavez’s close relationship with the Iranian regime since then, including an IMT statement which we drafted but the IS, in its infinite wisdom, watered down before publication.

It is important to point out that this is not merely a hobby-horse of the Iranian left but that Iranian workers are also disgusted by Chavez’s very cosy relationship with the leaders of the Iranian bourgeois state. In July 2006 Chavez visited Iran Khodro, the biggest car and vehicle manufacturing plant in the Middle East. The workers had heard many positive things about Chavez and were excited to meet him in person. To begin with the workers were pleasantly surprised at the President of a country shaking hands with workers and even kissing them on the cheek. They were about [to] read out a statement in his honour, welcoming this revolutionary leader to their factory. But before they could read it Chavez began praising Ahmadinejad, calling him his brother, calling the Iranian regime a revolutionary government and so on. The workers were totally disgusted by him. They tore up the statement and left the hall.

The refusal of Alan Woods’s Clique to condemn Hugo Chavez for his whole-hearted support of the IRI in its suppression of the post-‘election’ street protests, therefore, brought matters to a head. As the regime used increasingly brutal methods to smash the street protests, Mr Chavez became more determined in his support of the repression of what he thought were CIA-sponsored protests.

Alan Woods’s Clique also tried to pretend that our highly critical position did not exist. In particular, the so-called International Secretariat (IS) refused to publish Maziar Razi’s Open letter to the workers of Venezuela on Hugo Chavez’s support for Ahmadinejad and all subsequent material that disagreed with the totally wrong, indefensible and opportunist ‘analysis’ of the official IMT position. This made the IRMT’s work inside Iran almost impossible. This official position was decided by the IS, the hard core of Alan Woods’s bureaucratic clique, without consultation with anyone – including neither the IRMT, the Iranian section as recognised by the 2008 World Congress, nor the IEC! Even video footage of demonstrators denouncing Chavez in the ‘revolution’ that the Clique had predicted did not bring about a change in policy! 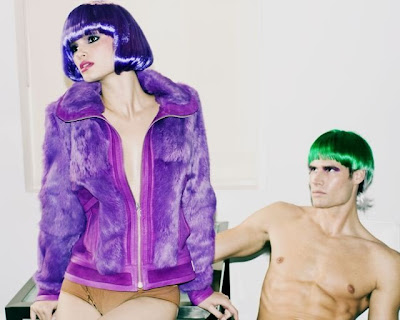 I live in Melbourne, Australia. I like anarchy. I don't like nazis. I enjoy eating pizza and drinking beer. I barrack for the greatest football team on Earth: Collingwood Magpies. The 2021 premiership's a cakewalk for the good old Collingwood.
View all posts by @ndy →
This entry was posted in Anarchism, Anti-fascism, Broken Windows, Collingwood, History, State / Politics, War on Terror and tagged Conspiracy of Fire Nuclei, Greece, Nuceli of Fire Conspiracy. Bookmark the permalink.