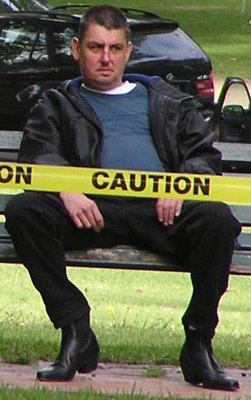 Is our lone Scumfronter dreaming of a White Christmas? Or is he perhaps dreaming of being an Indonesian soldier and engaging in some state-sponsored terrorism against the indigenous peoples of West Papua?

JAKARTA, Indonesia, March 17 — Indonesia’s top military and police generals took control of the provincial capital of Jayapura in Papua on Friday, ordering the arrest of university students and directing the riot police to fire into the air as they patrolled the streets.

Nearly 60 people, many of them students, have been arrested after a violent demonstration on Thursday that left three policemen and an air force officer dead, said a police spokesman, Gen. Anton Bachrul.

The protest was directed at the American mining company Freeport-McMoRan, which operates a huge gold and copper mine in the province. It turned violent when the police, armed with shields, batons and tear gas, clashed with several hundred students near the campus of Cenderawasih University.

In an unusual display of strength and in a reflection of the seriousness of the violence, Indonesia’s army chief, Gen. Djoko Suyanto; the head of the police, General Sutanto; and the head of the domestic intelligence service, Syamsir Siregar, all arrived in Papua on Thursday night.

The sudden show of military brass in Papua, the country’s easternmost and poorest province, was meant to protect not only the valuable mining company, but also the nation’s hold on the province itself. A low-level insurgency has rumbled for decades against the central government, and Thursday’s student protesters openly sympathize with it.

The sounds of shooting reverberated Friday from the area of Adepura, around the university, and schools and markets were closed, residents of Jayapura said.

The riot police from Brimob, the most feared of Indonesia’s police units, were still going door to door at the university dormitories Friday, said Hans Magal, secretary general of the Highland Students Association.

The violence directed against Freeport, which has operated in the area since the 1960’s, is the most severe since Papuans armed with bows and arrows rioted at the mine site 10 years ago and closed down operations for three days.

To quiet the local antagonism then, the company began directly paying individual police and military officers to protect its mining operations, which stretch from 13,000-foot glacier-capped mountains to coastal lowlands, where the mine waste covers 90 square miles.

The New York Times reported in December that Freeport had granted far greater financial support to the Indonesian Army and police in Papua than the company had publicly reported, in some cases giving individual commanders tens of thousands of dollars.

After the 1996 riots, the company also paid for new social programs for the local residents, assigning 1 percent of annual revenues for medical services, schools and roads.

Whether, or how, the company, which is based in New Orleans, and the Indonesian government can tame the current surge of anger is an open question.

The senior Papuan at Freeport, Thom Beanal, who is a leader of one of Papua’s biggest tribal groups, the Amungme, and a director of the Indonesian unit of Freeport, said the company was concerned about maintaining its daily operations in the current atmosphere.

Mr. Beanal said in a telephone interview from his home in Timika, near the mine, that he advised Freeport this week that to reduce hostilities, the company needed to deal more effectively with the more than 700,000 tons of mine waste that is generated every day.

Much of it hurtles directly down the Aghawagon River, and protests began last month when villagers were told by the security forces that they could no longer pan in the waste for scraps of gold. “I suggested they put the waste in a pipe and put it far away,” Mr. Beanal said.

Environmentalists and some mining engineers have made similar suggestions, but the company has rejected them, saying they would be too expensive to carry out.

I live in Melbourne, Australia. I like anarchy. I don't like nazis. I enjoy eating pizza and drinking beer. I barrack for the greatest football team on Earth: Collingwood Magpies. The 2020 premiership's a cakewalk for the good old Collingwood.
View all posts by @ndy →
This entry was posted in Anti-fascism, State / Politics. Bookmark the permalink.
Login