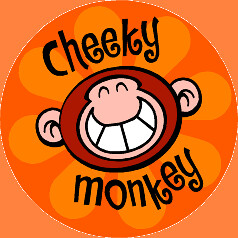 Following on from news that some cheeky monkey hacked bloodandhonour.org and made available to the world the private messages of hundreds of boneheads around the world — including scores from Australia and New Zealand/Aotearoa — comes news of Bonehead Vs. Bonehead in the US in April. Thus Anti-Racist Action in North America rudely queries the abilities of the Aryan Master Race to organise fellow “Patriots”:

On April 11, 2009, the white supremacist group “East Coast White Unity” (ECWU) plans to host a neo-nazi gathering in Boston, MA named “Patriot Action 2009”. The co-sponsor of this event is Volksfront International, a racist skinhead organization founded in 1994, which has a presence in several US states as well as chapters in Canada, Australia and Europe. Although the Boston event is intended as a display of unity between fascist groups, anti-fascists have discovered plotting and betrayal behind the scenes of the white power movement, the extent of which many event organizers and scheduled attendees might not be aware…

The primary organizer for East Coast White Unity is Scott Clarke, a Massachusetts resident who uses the handle of “Hedge” on several white nationalist internet sites. Before the founding of ECWU, Clarke was active in another white power organization named “North East White Pride” (NEWP). Clarke broke from NEWP for a large number of reasons–including questions about the use of finances, and alleged general mismanagement of NEWP by leader Rob O’Donovan–and moved on to form ECWU. NEWP continues to this day in a reduced form, still under the direction of O’Donovan. By all accounts, the split was acrimonious. As we will show, it wasn’t enough for Clarke to leave NEWP taking much of its membership with him; he also tried to sabotage his former “brothers.”

In August 2008, anti-fascists from DatenAntifa (“Data-Antifa”) hacked the fascist website bloodandhonour.com. The entire contents of this website were then uploaded to the web, so that anyone who wished to see its posts and user information could do so. While most of the original web links are no longer available, the hacked Blood and Honour forum may still be downloaded via torrent sites. Importantly, the DatenAntifa hackers removed password requirements from the bloodandhonour.com site, so that anyone who downloaded its contents could check the private messages of any Blood and Honour user. This is where things became interesting for us.

Looking at the private messages by “Hedge” (Scott Clarke) on the hacked bloodandhonour.com site, one may read the following exchange…

First, Volksfront. An attempt to establish VF in Australia was originally made several years ago.

In 2004, a young racist named Stuart McBeth (1981–), then the leader of the now defunct ‘Patriotic Youth League’ (PYL) — a risible attempt by Dr James Saleam to extend Australia First Party membership to the under-40s — threw his tinfoil helmet into the ring as an Australian organiser for the United States People’s Front. McBeth resigned as PYL President shortly after being fired, in late January 2005, from his job as a case officer for the Salvation Army. McBeth was replaced by Lachlan Black, also a former ONP member and, like McBeth, a former ONP candidate.

Like the PYL, Volksfront Mk I collapsed in a heap.

Last year [Volksfront] started a probationary chapter here, which pissed the Hammerskins off big time. Not because they wouldn’t support Volksfront, but because of how it was done. Doug [Schott] from Blood Red Eagle was the first probationary member, and he was allowed [to] start the chapter without having actually met any of the VF guys in the USA. A lot of the HSN guys can’t stand him and think he is a moron, so they were unimpressed with VF bending the prospect rules and letting him prospect sight unseen. Justin (AustMade) was in the scene years ago (I knew him back then), he also left and then has recently come back. He started off prospecting with VF, but then realised he had backed the wrong horse as HSN hated them, so he left and joined B&H Vic. And that’s pretty much where we are… try getting that group of egos to work together!

Welf wears many tinfoil helmets: as a former member of the German NPD and the One Nation Party (Australia), a close collaborator of Dr James Saleam’s — helping to organise the fascist assembly known as the ‘Sydney Forum’ — and most recently as promoter of fascist groupuscule ‘New Right Australia’ (and er, New Zealand) and the bizarro fascist platform known as ‘national anarchism’.

Welf’s group is tiny, comprising himself and various refugees from Stormfront and other racist and fascist forums. In Melbourne — or should I say Geelong — Welf enjoys the support of a handful of teenyboppers. The most active of these is a boy by the name of Scott.

Funnily enough, Scott was also a member of the hacked B&H forum where, posting as ‘Tribalist’, he noted how much he enjoyed attending a neo-Nazi gig — apart from an unfortunate political disagreement which developed among the assembled drunken pea-brains. As for ‘national anarchism’…

“Wish in one hand and shit in the other and see which fills up first.”

1 Response to Why “boneheads”?