random notes on a tuesday…

People Of Color Organize! is a new-ish (March 2010) blog edited by Lorenzo Kom’boa Ervin and Ernesto Aguilar. Ernesto is described as being a “former anti-authoritarian”, a description which poses a rather awkward question. I dunno: maybe Ernesto was sick of taking shit from Black bloc advice guy? But anyway. Who Cares about the White Working Class?

Walter Benn Michaels reviews the book of that title (edited by Kjartan Páll Sveinsson, Runnymede Perspectives, 2009) in the London Review of Books, Vol.31, No.16, August 27, 2009.

Btw, one link that’s not on the People Of Color Organize! blogroll but prolly should be is radical africa. Also, … was I on about? via Let’s Talk About Another Burning Color: Black Flame vs. Red Fire Extinguisher? via Marxism, Anarchism and a Critique of “Black Flame”. And…

Michael Schmidt, author of Black Flame, at McMaster University; part 1 of 4 from Common Cause on Vimeo.

left flank is another new-ish blog, “from two generations and three countries”. One of the main contributors is Elizabeth Humphrys, who’s recently composed a brief essay on the subject of ‘Our s11’ (Overland blog, September 11, 2010).

The latest # of Overland also contains an essay by Chris Graham on ‘Telling whites what they want to hear… Chris Graham on the trouble with Noel Pearson’. It’s a rather damning portrayal: “Born black but raised Lutheran, Pearson will never lead Cape York out of the darkness of welfare dependency until he learns to accept personal responsibility for his own ‘grievous failing’: a complete lack of authenticity in the eyes of his people.” You can read Pearson in The Australian.

Speaking of leftists, word on the street is that Insurgent Notes : Journal of Communist Theory and Practice — especially Loren Goldner’s essay on ‘The Historical Moment That Produced Us’ — is now required reading for all aspiring Red Green politicians. I can also exclusively reveal that, as a result of the tireless efforts of the SLACKBASTARD Investigations Unit, the Greens are on the verge of a split, with a majority of the party leadership formally seeking to join the Satanic Reds. A small but determined minority — the so-called ‘Lennonist Party Faction’ — is preparing to ditch Dr Bob Brown in favour of the impending Hippo Revolution. An even smaller grouping, inspired by their covert reading of the Theoretical Journal of the American Party of Labor, is preparing to re-launch the Hoxha-ite tradition in Australia. (See also : The Red Phoenix.)

“Hoxhaism” is a word sometimes used to describe the supporters of the line of Enver Hoxha, the Albanian leader who portrayed himself as a defender of Marxism-Leninism. Seeking to uphold Marxist-Leninist theory, Hoxha defended Stalin from revisionist attacks and expressed his disdain for Brezhnevism, Titoism, Eurocommunism, Maoism, “anti-dogmatic” movements and other covers for revisionism and social-democracy. “Hoxhaism,” then, is the defense of Marxist-Leninist theory and practice, and “Hoxhaists” refer to themselves as Marxist-Leninists.

“The book Lenin and the children belonged to the first readings of a Socialist childhood” writes somebody-or-other. My own encounter with the book in question came many years later, but I was still touched by its contents. 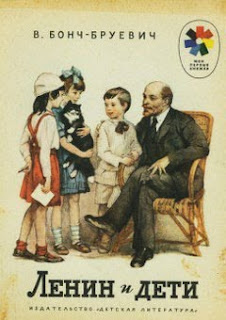 Of course, the replacement of Lenin by Stalin as head of the Russian state was an historical rupture of immense significance the consequences of which nobody-could-possibly-have-predicted-and-didn’t-and-anyway look behind you 14 imperialist armies!

The Roots of Stalin in the Tea Party Movement (Yasha Levine, AlterNet, April 17, 2010): “The Koch family, America’s biggest financial backers of the Tea Party, would not be the billionaires they are today were it not for the godless empire of the USSR.”

Which fact reminds me of something…

jew on this is a blog by “unashamedly left-wing radical ratbags, diasporists, feminists, queerying gender and sexuality, anti-racist, embracing of nuance, working within the academic and activist worlds, bringing the humour and entertaining writing, and wanting to do it all from and within our jewishnesses”.

David Walsh writes (September 8, 2010) on behalf of the International Committee of the Fourth International (ICFI) regarding The Stieg Larsson phenomenon, and he detects several troublesome notes, including the fact that:

The books exhibit a type of left-wing or anarchist “vigilantism” that will not help anyone. Salander in particular is remorseless in exacting personal and painful revenge, and generally the reader feels urged to side with her. The books revel in Salander’s desire for retribution, including her childhood fantasy of setting her malevolent father on fire. Even her researching, i.e., computer hacking, has overtones of physical violence: “If there was any dirt to be dug up, she would home in on it like a cruise missile. … Her reports could be a catastrophe for the individual who landed in her radar.”

While we’re on the subject: How Do You Make a Flyer Your Co-Workers Will Actually Read? Possibly, by ripping-off some of the imgs to be found @ The Deuce’s Classic Exploitation Poster Art Database, then slapping on a rad.pol msg. Apparently, Series of racist murders of Roma in Hungary unparalleled in present-day Europe (August 17, 2010). In France, President Sarkozy has declared War! on Those Thieving Gypsy Bastards Roma: “France has embarked on a high-profile campaign of deporting Romanian and Bulgarian Roma (Gypsies) as part of a crackdown on illegal camps in the country. It comes after clashes in July between French Roma and police in the town of Saint Aignan.” It ain’t gone unopposed but, as Anti-Racist Solidarity Demonstrations in France Draw Over 100,000. Federation Anarchiste Propaganda Campaign.

October 16 is International Day of Action for Jock Palfreeman. Jock is an Australian convicted of murder and attempted murder in Bulgaria, currently appealing a 20+ year sentence for the crimes, committed while attempting to defend himself from a fascist gang on the streets of Sofia.

It has been announced that Jock’s appeal trial will commence on Thursday 21st October 2010 in the Sofia Central Courthouse. The appeal is based on assessing the previous judge’s review and comments on the case rather than reassessing evidence and statements. The appeal court has already rejected three requests from Jock’s defence lawyer.

1) To review the remaining CCTV footage with a CCTV technology expert (showing partial evidence of the initial attack from Andrei Monov and his group on the two young boys);
2) Receive expert evidence on the extreme levels of Andrei Monov’s intoxication of 0.3% and the social implications (although the group with him all indicated “I did not see Andrei have a single alcoholic drink throughout the evening, most of us only had one or two but he did not drink”);
3) To review in detail key forensic evidence.

An event will be held in Sydney @ Circular Quay @ noon. There will be other events held throughout Europe, UK and the USA. For moar infos, please contact freejock[at]live[dot]com[dot]au.

Nicolas Cage once took magic mushrooms with his cat. And he thought his pet was his brother. How cool is that? (Nicolas Cage took drugs with cat, Reuters, July 17, 2010.)

4 Responses to random notes on a tuesday…