Defend Assange and WikiLeaks on Human Rights Day in Melbourne

Julian Assange has been arrested in London. Join the protest to defend Assange and WikiLeaks on Human Rights Day in Melbourne, this Friday, December 10 @ 4.30pm @ the State Library.

The demonstration will go till about 6 or so – so people should come after work. 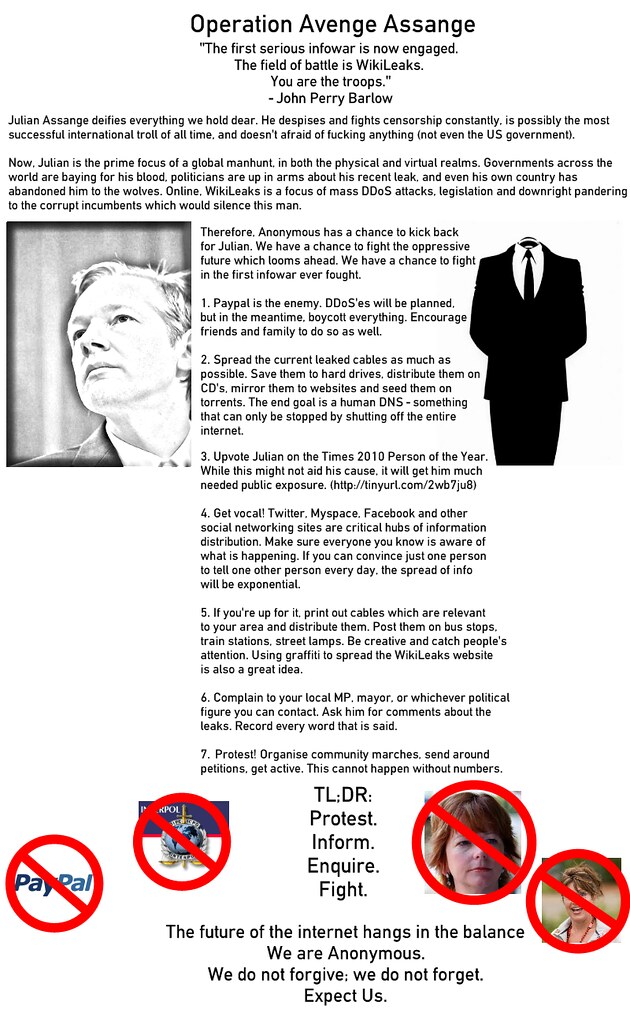 I live in Melbourne, Australia. I like anarchy. I don't like nazis. I enjoy eating pizza and drinking beer. I barrack for the greatest football team on Earth: Collingwood Magpies. The 2023 premiership's a cakewalk for the good old Collingwood.
View all posts by @ndy →
This entry was posted in !nataS, Anarchism, Media, State / Politics, That's Capitalism!, War on Terror and tagged Julian Assange, Operation Avenge Assange. Bookmark the permalink.