French far-right historian Dominique Venner (April 16, 1935–May 21, 2013) has committed suicide in a rather spectacular fashion. Venner’s action was apparently prompted by his fear that France was becoming ghey and Muslamic. You can read his suicide note here; The Huffington Post records some thoughts here, including the reaction of others on the French far right to his death. For her part, Marine Le Pen, leader of the French fascist party Front National, reckons Venner was a top bloke, and his action laudable. Others agree, but it may be that the example may have to be repeated several thousand times before Venner’s argument really cuts through…

As an aside, and further to the margins of the political right, a few days ago (May 18/19) neo-Nazis in France gathered under the sheltering umbrella of the French Hammerskins. Or did they? Accounts vary. It seems that, while there was meant to be a large gathering of European neo-Nazis on the weekend, there was instead only a small meeting near Montpellier, involving perhaps 100 or so key members of various neo-Nazi organisations from across Europe, meeting overnight. A French antifa website (fafwatch) reckons it was organised by the French Hammerskins. A few hundred antifa demonstrated on Friday and Sunday in Perpignan – which is where they thought the meeting would take place (instead, it took place in a community room, one booked, typically, under false pretences).

In Australia, two weeks ago the boneheads belonging to the Australian franchise (Southern Cross Hammerskins) rocked out in Queensland (May 4), while more recently in the United States (the birthplace of the Hammerskins) the FBI has released some documents regarding the boneheads’ mass-murdering comrade-in-arms Wade Michael Page. Note that Ultimately, the FBI found there was no conspiracy behind the shooting, which officials labeled an act of “domestic terrorism.” In November, the FBI said Page acted alone in the rampage, finding no evidence to suggest the attack was “directed or facilitated by any white supremacist group.”

Right-wing extremists are more likely than violent Islamist extremists–or, as they are sometimes called, jihadists–to have military experience. They are also better armed, and are responsible for more incidents. The past two decades have seen multiple attacks from right-wing extremist veterans, from Wade Michael Page, who trained at Fort Bragg, to the group of former and active-duty soldiers in Georgia, who collected weapons to carry out a plan to assassinate President Obama. In 2011, Kevin Harpham, who had served in the army, placed a bomb along the route of a Martin Luther King Jr. Day parade. During the 1990s, violent extremism in the militia movement and other right-wing movements relied heavily upon those who served in the military. Timothy McVeigh, the perpetrator of the most deadly terrorist attack on American soil before 9/11, was a military veteran whose libertarian views were also heavily influenced by a novel by a former American Nazi Party official. Eric Rudolph, the anti-abortion extremist who bombed the 1996 Olympics, had also enlisted in the army. 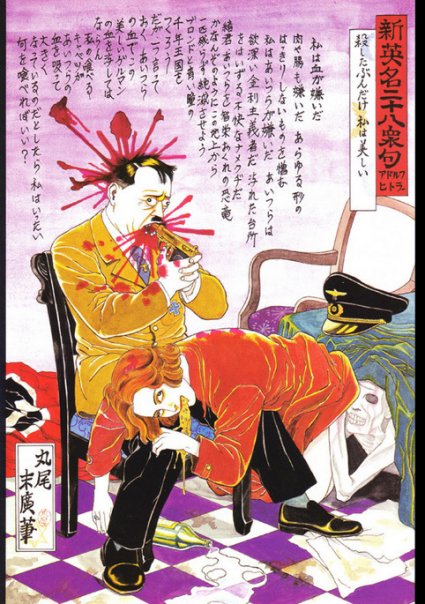 I live in Melbourne, Australia. I like anarchy. I don't like nazis. I enjoy eating pizza and drinking beer. I barrack for the greatest football team on Earth: Collingwood Magpies. The 2021 premiership's a cakewalk for the good old Collingwood.
View all posts by @ndy →
This entry was posted in !nataS, Anti-fascism, Death, History, Media, State / Politics and tagged Adolf Hitler, Dieter Samoy, Dominique Venner, Hammerskins, Southern Cross Hammerskins, Wade Michael Page. Bookmark the permalink.