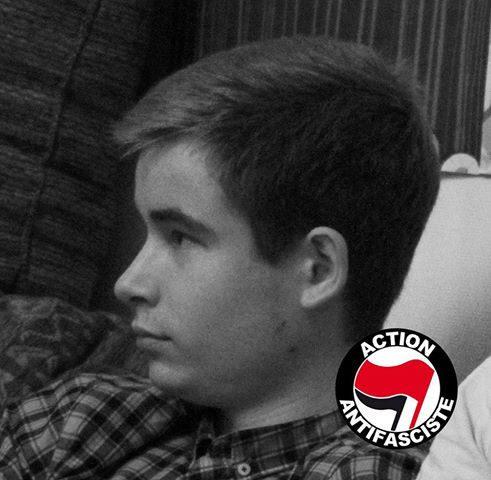 A French teenage antifascist named Clement Meric was murdered by boneheads in Paris on Wednesday night. The boneheads are reported to be members of the neo-Nazi group JNR (Jeunesses Nationalistes Révolutionnaires (Nationalist Revolutionary Youth)). JNR has been around for some time now — having once upon a time been confronted by redskins — and has a long history of fascist vigilantism. Its leader is a fella by the name of Serge Ayoub aka ‘Batskin’. (Like the leader of the Australia First Party, Dr James Saleam, Ayoub — born in 1964 to middle class parents — is of Lebanese descent.) The murder of Meric takes place only a few weeks after a fascist intellectual blew his own bRanes out in a church (see : Goodbye Monsieur Venner, Hello French Hammerskins!, May 22, 2013) and during a period when the extreme right National Front is doing rather well in the polls.

I live in Melbourne, Australia. I like anarchy. I don't like nazis. I enjoy eating pizza and drinking beer. I barrack for the greatest football team on Earth: Collingwood Magpies. The 2023 premiership's a cakewalk for the good old Collingwood.
View all posts by @ndy →
This entry was posted in Anti-fascism, Death and tagged Clement Meric, Jeunesses Nationalistes Révolutionnaires, Serge Ayoub. Bookmark the permalink.