Yeah yeah … Just when I thought I was out … they pull me back in.

Very briefly, a couple of people have contacted me regarding the distribution of some White supremacist propaganda at Swinburne University in Hawthorn. Here’s a sample: 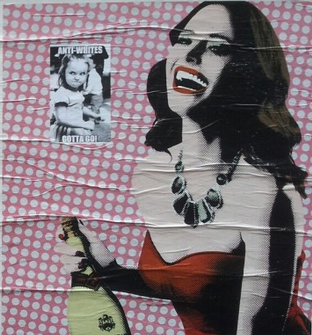 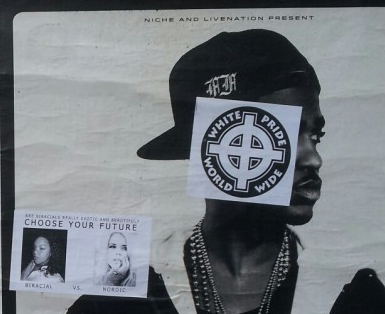 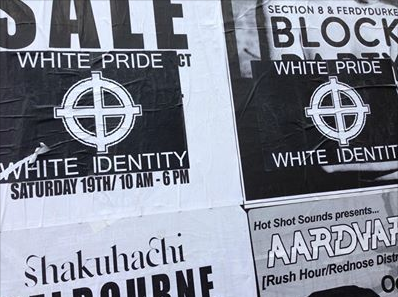 The posters appear to have been sourced from Stormfront; the world’s leading White supremacist website, established some years ago now by Don Black, a former Klansman and convicted terrorist. Just recently, his son Derek Black, another active proponent of White supremacy, has denounced his father’s ideology, declaring that white nationalism was really about “an entrenched desire to preserve white power at the expense of others”.

Presumably, a student at Swinburne has some ‘issues’ regarding their racial identity they would probably be better off talking to a counsellor at the campus than expending their energies trying to create an unwelcoming environment for the many thousands of other students who attend the Hawthorn campus. Note that, over the last few years, nazis of one sort or another have distributed their agitprop at LaTrobe, Melbourne and RMIT universities. Most recently, stickers have been spied outside Ascot Vale train station — the same stickers (including one proclaiming ‘Death to Refugees!’) which have seen five men in court in WA, charged with criminal damage. Ascot Vale was also the site of the vicious bashing of a Vietnamese student, Minh Duong, in December 2012, by a group of self-proclaimed nazis …

In any event, props to the students unwilling to tolerate this kinda visual pollution.

I live in Melbourne, Australia. I like anarchy. I don't like nazis. I enjoy eating pizza and drinking beer. I barrack for the greatest football team on Earth: Collingwood Magpies. The 2021 premiership's a cakewalk for the good old Collingwood.
View all posts by @ndy →
This entry was posted in Anti-fascism, Media, Student movement and tagged Stormfront, Stormfront Down Under, Swinburne University. Bookmark the permalink.