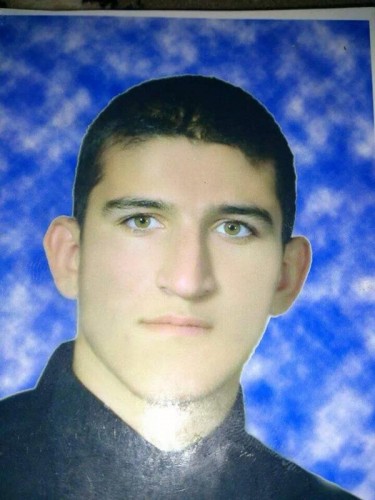 Above : 23yo asylum seeker Reza Berati, killed on Manus Island.

The Biennale of Sydney has issued the following statement in response to an open letter from concerned artists:

Firstly, let us say that we truly empathise with the artists in this situation.

Like them, we are inadvertently caught somewhere between ideology and principle. Both parties are ‘collateral damage’ in a complex argument. Neither wants to see human suffering.

Artists must make a decision according to their own understanding and beliefs. We respect their right to do so.

While being mindful of these valid concerns, it is this Board’s duty to act in the interests of the Biennale and all its stakeholders – our audiences, government partners, staff, benefactors and sponsors, along with all Biennale artists and the broader arts sector.

On the one hand, there are assertions and allegations that are open to debate. On the other, we have a long-term history of selfless philanthropy, which has been the foundation of an event that has served the arts and wider community for the past 40 years.

The Biennale’s ability to effectively contribute to the cessation of bi-partisan government policy is far from black and white. The only certainty is that without our Founding Partner, the Biennale will no longer exist.

Consequently, we unanimously believe that our loyalty to the Belgiorno-Nettis family – and the hundreds of thousands of people who benefit from the Biennale – must override claims over which there is ambiguity.

While we unequivocally state our support and gratitude for our sponsor’s continued patronage, we also extend an invitation to the Working Group to engage with us in dialogue with the purpose of finding an acceptable accommodation.

The Biennale has long been a platform for artists to air their sometimes challenging but important views unfettered and we would like to explore this avenue of expression, rather than see the demise of an important community asset.

After the Kapp Putsch of 1920 (an attempt by the radical right to violently overthrow the new Weimar Republic) clashes occurred between the army and workers in Dresden. A bullet went through the window of the Zwinger Gallery and damaged a Rubens painting. Incensed by the incident, Kokoschka – then art professor at the Dresden Academy – financed an appeal which appeared in local newspapers and as wallposters, urging the two sides to settle their scores well away from cultural treasures. Kokoschka’s elevation of art above political struggle outraged Grosz and Heartfield (political art activists) who replied with a furious polemic ‘Der Kunstlump’ (The Artist As Scab) ridiculing the idea that art could be considered more important than lives of workers. They welcomed the fact that bullets had penetrated galleries, palaces and a Rubens, rather than the homes of the poor.”

3 Responses to #19BOS : Biennale of Sydney responds to critics …