[Update : My reports of neo-Nazi victory may have been premature, as Facebook has now decided in its wisdom to uphold my appeal against the banning of my Facebook page … Interesting times.]

Another brief note: nazis et al have successfully campaigned to have my Facebook page closed down. They’ve succeeded in doing so by reporting various photos I’ve published on the page. These include: a) a photo published on the Islamophobia Register Australia Facebook page documenting nazi graffiti at a Perth mosque; b) a photo of veteran neo-Nazi Ross ‘The Skull’ May attending an anti-Muslim protest in Penrith and; c) a screenshot of a Stormfront user celebrating neo-Nazi website Daily Stormer‘s racist campaign against Race Discrimination Commissioner Dr Tim Soutphommasane. 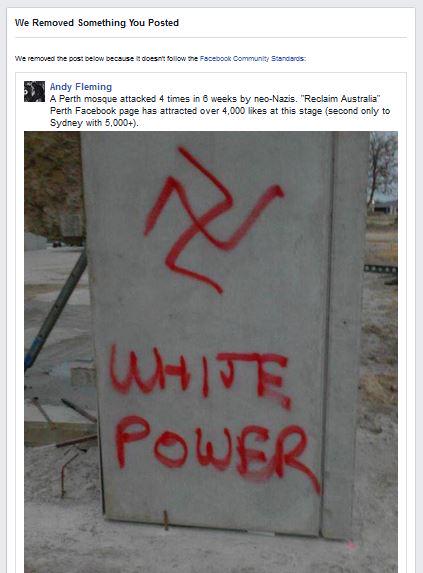 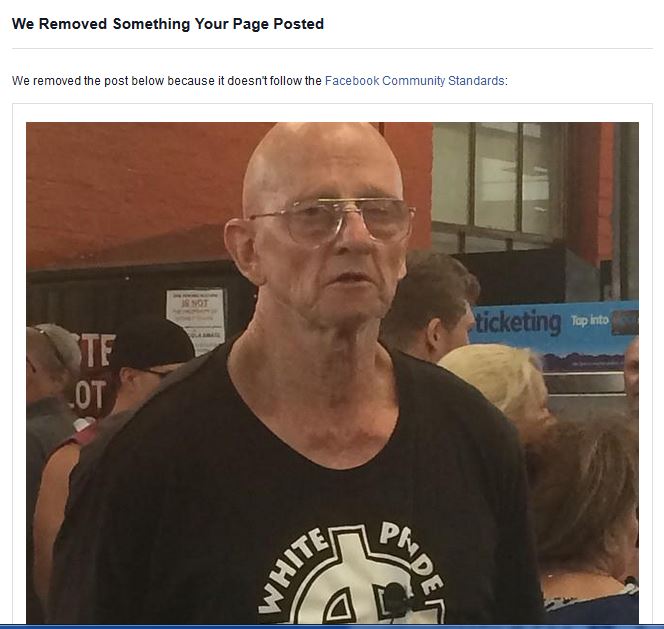 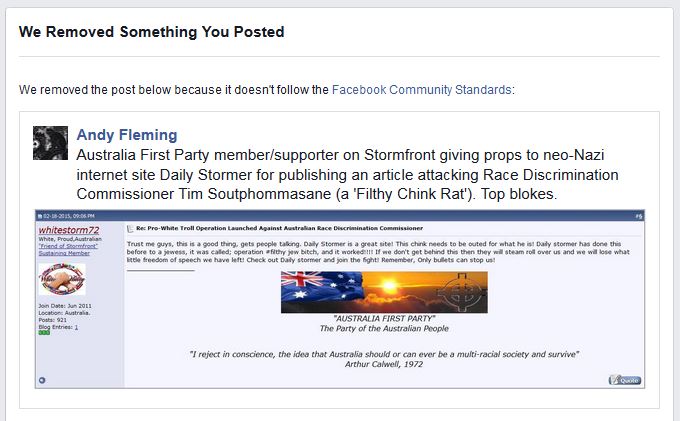 I live in Melbourne, Australia. I like anarchy. I don't like nazis. I enjoy eating pizza and drinking beer. I barrack for the greatest football team on Earth: Collingwood Magpies. The 2023 premiership's a cakewalk for the good old Collingwood.
View all posts by @ndy →
This entry was posted in Anti-fascism, Media and tagged Facebook. Bookmark the permalink.