Semi-pro Islamophobe Shermon Burgess — aka ‘The Great Aussie Patriot’ (and chief propagandist for the anti-Muslim ‘Reclaim Australia’) — has this weekend teamed up with the tiny neo-Nazi grouplet ‘Nationalist Republican Guard’ in order to launch ‘The Hunt for Andy Fleming’. 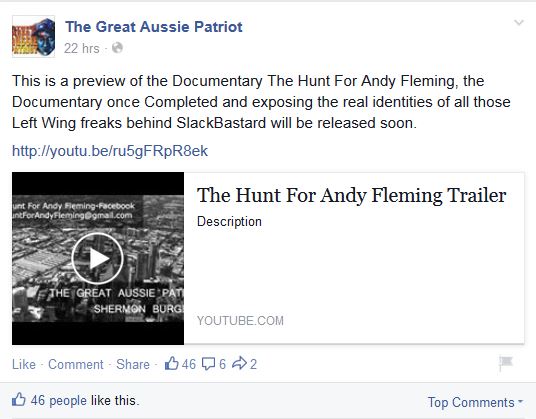 I assume this means that Burgess & Co are angry and upset at my opposition to their promotion of Islamophobia. This phenomenon, already much-remarked upon (see also : Australian Sikhs say abuse on the rise as they cop Anti-Muslim sentiment, Melanie Kembrey, The Sydney Morning Herald, February 28, 2015), was given a boost a few weeks by the Prime Minister, Tony Abbott, in his address on ‘national security’. Abbott’s remarks have given folks like Burgess and neo-Nazi groups like NRG official license to harass, threaten and intimidate Australian Muslims, a task which they’re pursuing with great vigour. Of course, when the country’s chief legal officer, George Brandis, also proclaims in Parliament that Australians have a right to be bigots, such antics are only to be expected.

As for Burgess’s partners in ‘The Hunt’, the main, public figure of NRG is Melbourne-based Neil Luke Erikson. Here’s Neil cheekily celebrating the fact that in February 2014 he escaped a custodial sentence for being naughty on the phone and threatening a local Melbourne rabbi, Dovid Gutnick. 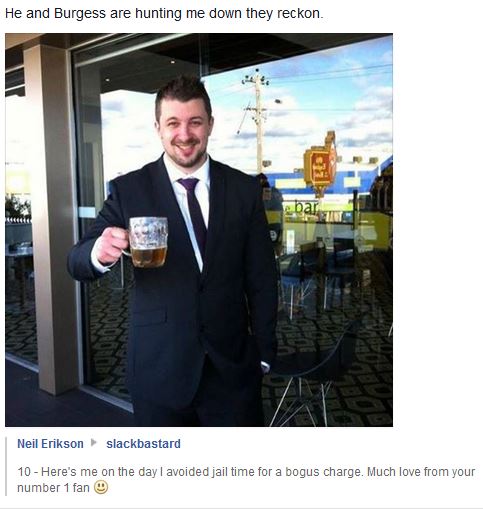 Neil has form as a neo-Nazi. A former member of Nationalist Alternative and responsible for establishing the ‘European Australian Civil Rights League’ (see also Darrin Hodge’s short-lived ‘Anglo-Australian National Community Council’), here he is meeting Canadian Holocaust denialist Paul Fromm during a tour of Australia and New Zealand in late 2010 (a tour organised by the fascist Australia First Party) … 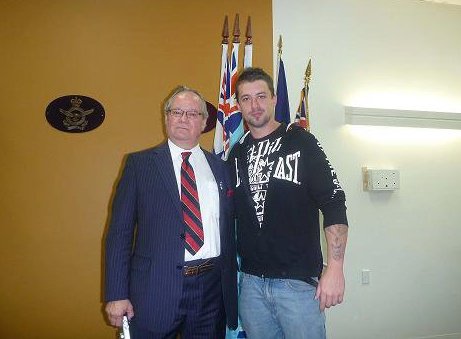 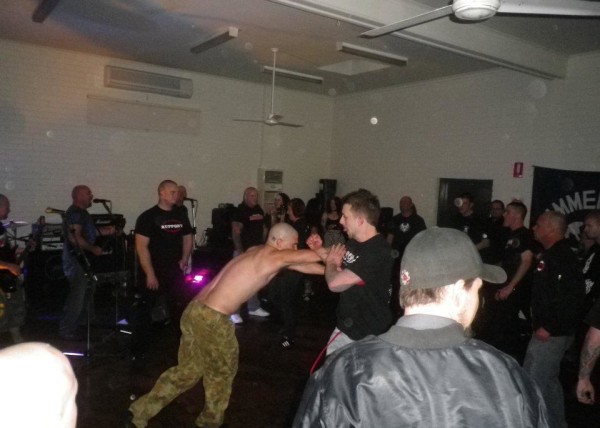 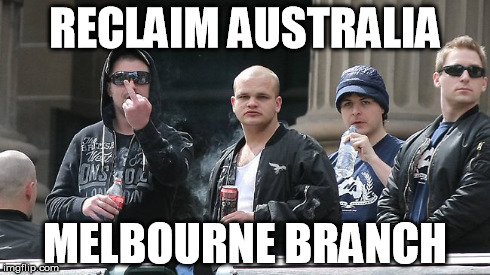 … and finally at the Geert Wilders meeting at La Mirage Receptions in Somerton in February 2013, being escorted away from counter-protesters by police. 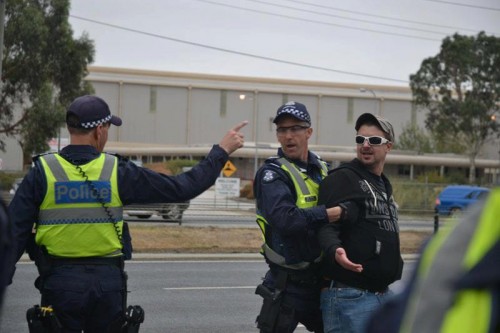 Having already expressed his hatred and contempt for Indigenous Australians, promoted the neo-Nazi group ‘Squadron 88’ (whom he describes as ‘patriots’), advocated the burning of mosques and the murder of Muslims, Burgess is now working together with neo-Nazis to promote both ‘Reclaim Australia’ — and to ‘hunt’ me down.

I reckon both Burgess and Erikson have got a few ‘roos loose in the top paddock.

I live in Melbourne, Australia. I like anarchy. I don't like nazis. I enjoy eating pizza and drinking beer. I barrack for the greatest football team on Earth: Collingwood Magpies. The 2023 premiership's a cakewalk for the good old Collingwood.
View all posts by @ndy →
This entry was posted in Anti-fascism and tagged Australian Defence League, European Australian Civil Rights League, Nationalist Alternative, Nationalist Republican Guard, Neil Luke Erikson, Reclaim Australia, Shermon Burgess. Bookmark the permalink.