Update : A quick guide to staying safe and being effective: all out against ‘Reclaim Australia’!, Anarchist Affinity, April 3, 2015. 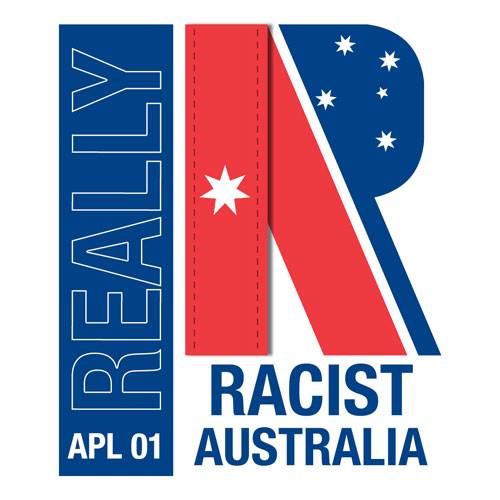 The Reclaim Australia (RA) rallies are taking place tomorrow in (almost) every capital city — Adelaide, Brisbane, Canberra, Hobart, Perth, Melbourne and Sydney — and a number of regional and rural centres — Albury (NSW), Broken Hill (NSW), Cairns (QLD), Esperance (WA), Gold Coast (QLD), Hervey Bay (WA), Mackay (QLD), Newcastle (NSW), Rockhampton (QLD), Sunshine Coast (QLD) and Toowoomba (QLD). Note that, outside of the capitals, it’s unclear if all the planned rallies will take place — a product of the ad hoc nature of the rallies and some bickering among the various rally organisers. Meanwhile in Toowoomba, the hard-pressed patriots have been instructed not to bring along any ‘swastikers’ to their BBQ … 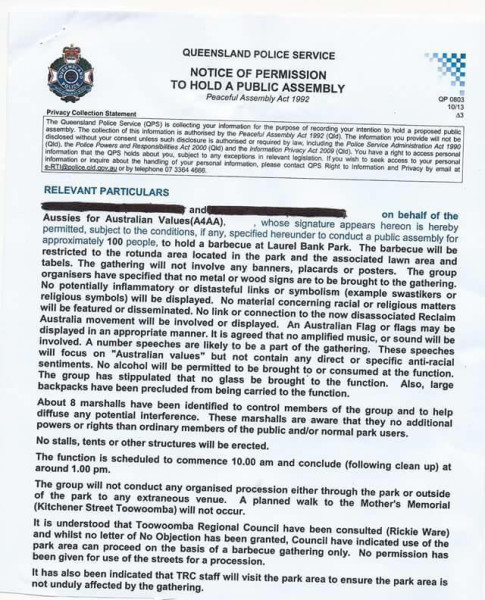 Michael Safi @ Teh Grauniad has written about the rallies here: Anti-Islamic group Reclaim Australia plans 16 rallies across the country (April 3, 2015). Shermon Burgess aka ‘The Great Aussie Patriot’ and face of RA has form as an Australian Defence League (ADL) member. As well as singing songs about killing Muslims and burning down mosques, he even boasts of having participated in the Cronulla pogrom in December 2005: 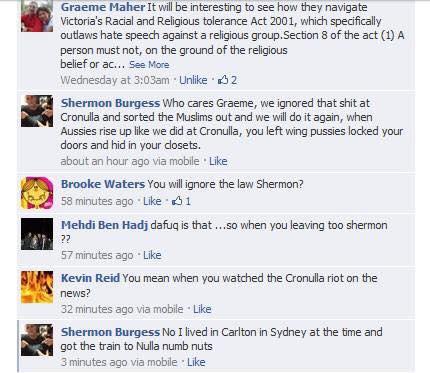 Joining Burgess will be a range of other groups and individuals on the far right, including Mike Holt of Restore Australia (Newcastle), Danny Nalliah of Rise Up Australia (Melbourne), members of the ADL, Australia First Party, Patriots Defence League Australia, neo-Nazis and White supremacists responding to the call-out by US-based neo-Nazi site The Daily Stormer.

There have been actions organised to oppose RA tomorrow:

I live in Melbourne, Australia. I like anarchy. I don't like nazis. I enjoy eating pizza and drinking beer. I barrack for the greatest football team on Earth: Collingwood Magpies. The 2023 premiership's a cakewalk for the good old Collingwood.
View all posts by @ndy →
This entry was posted in Anti-fascism and tagged antifa, Rally Against Racism, Reclaim Australia, Shermon Burgess. Bookmark the permalink.