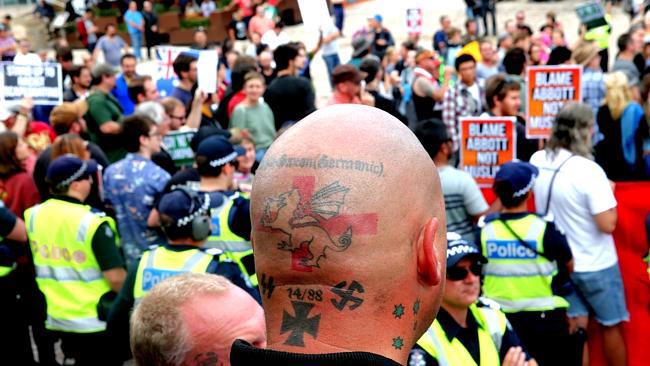 Briefly: police quarantined maybe 100-150 Reclaim Australia (RA) supporters on the concourse above the square. They were then surrounded on both sides by police. Anti-racists formed picket lines around this assembly and prevented many (but not all) other Reclaimers from joining their racist brethren above (police did manage to force a way thru the picket on the Flinders St side to allow several dozen Reclaimers thru). There was then a stand-off with occasional unsuccessful attempts by Reclaimers to break the picket and a small amount of argy-bargy. After an hour or two of this the Reclaimers above moved to stand in front of Chocolate Buddha — again surrounded by a large number of police. Some time later, police decided to move the Reclaimers out of the square by way of the steps to the Yarra. The hundred or more racists then milled about alongside the Yarra and slow progress (with police escort) was then made to Flinders St station where things basically came to a halt and most dispersed.

Initial verdict: a partial victory for anti-racists, with the racist RA supporters outnumbered, isolated and unable to control the square — and eventually forced to leave. Otherwise: RA attracted many more supporters than the last time (2011) racists tried to rally at Fed Square — a warning signal to the left, I guess, that hatred of Muslims has significant support among the wider population and wrapping this phobia in the Australian flag (one example of which was burnt at the rally by Indigenous activists) will likely draw some small degree of support … but also attract, at least in Melbourne, significant opposition (even without the support of the unions). 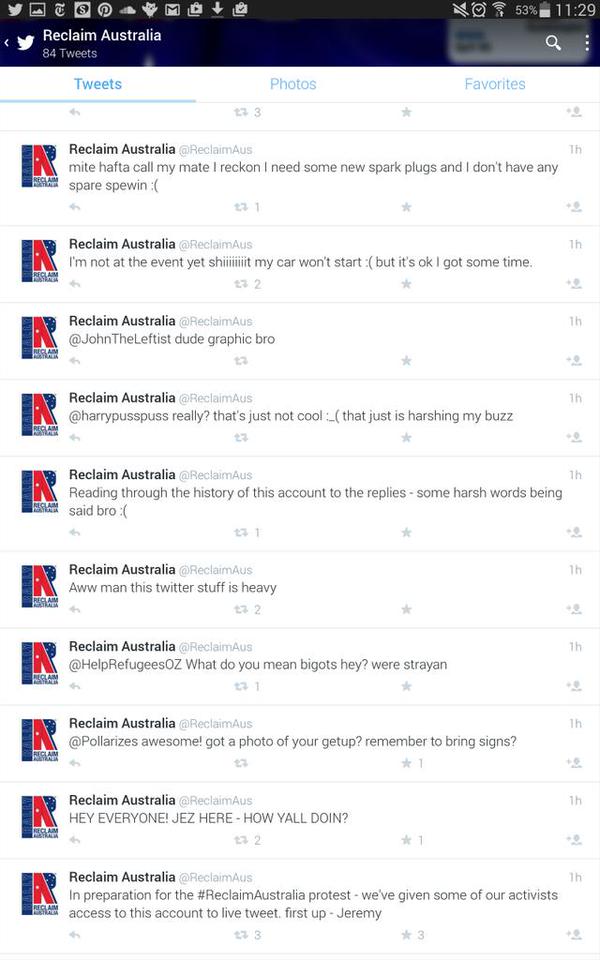 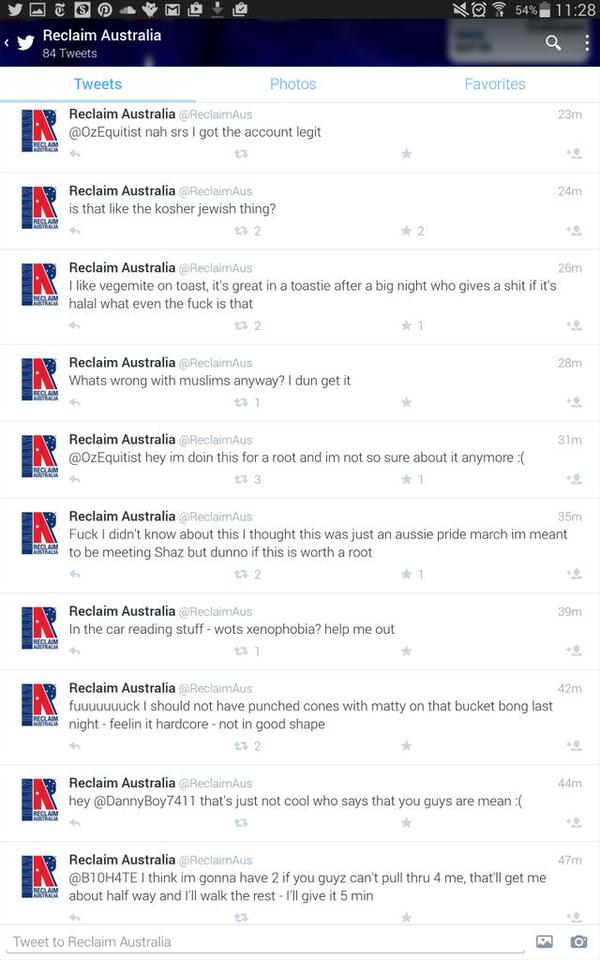 I may write a more complete account and some analysis later. In the meantime:

I live in Melbourne, Australia. I like anarchy. I don't like nazis. I enjoy eating pizza and drinking beer. I barrack for the greatest football team on Earth: Collingwood Magpies. The 2023 premiership's a cakewalk for the good old Collingwood.
View all posts by @ndy →
This entry was posted in Anti-fascism and tagged Federation Square, Islamophobia, Melbourne, Reclaim Australia, Shermon Burgess, The Great Aussie Patriot. Bookmark the permalink.