• After a sparkling debut on April 4, Reclaim Australia is returning to Melbourne on Saturday, July 18 (coincidentally, the 79th anniversary of the Spanish civil war and revolution).

Neo-Nazis (Nationalist Republican Guard & Co.) are once again at the heart of organising and promoting the event, along with a range of other fascists, white nationalists and a liquorice all-sorts of folks who just plain hate Muslims (and leftists).

As was the case with April 4, the Reclaim event in Melbourne is being opposed by a coalition of groups and individuals. See : RALLY AGAINST RACISM – Stop #ReclaimAustralia – Melbourne Saturday July 18 [Facebook]. See also : Reclaiming reality, Andy Fleming, overland, April 23, 2015.

• As an aside John Oliver, a member of the anti-Muslim group Patriots Defence League Australia (an Australian Defence League splinter), claims to have has established some kinda fund to hunt me down. Ho hum. 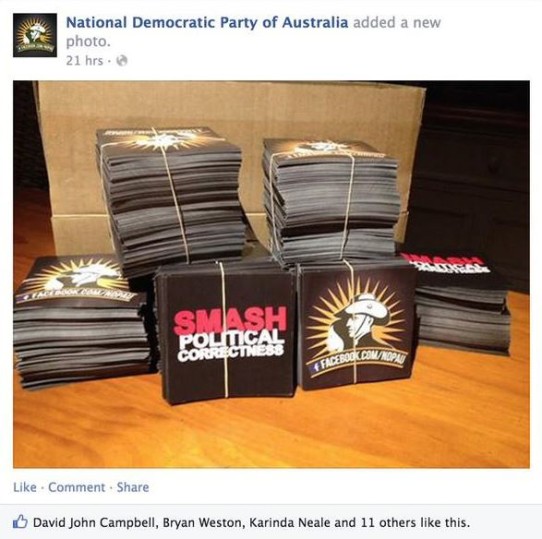 • There’s a new kid on the fascist bloc: the ‘National Democratic Party of Australia’. Inspired by Reclaim Australia and the bRanes-child of a local (Melbourne) white nationalist, Blair Cottrell, the party got off to a rocky start when it was discovered that in order to produce fascist agitprop the group had ripped off a designer contracted by the RSL in WA to re-brand ANZAC Day. Further, the NDP has entered into what is already a fairly crowded far-right field so I don’t expect it’ll get very far even if it produces 1,000 stickers. 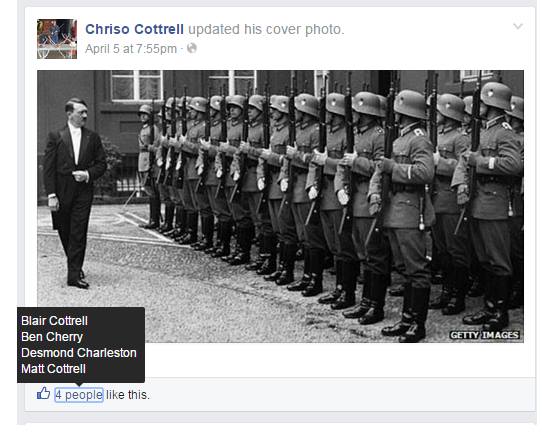 1 Response to #ReclaimAustralia ~versus~ RALLY AGAINST RACISM (#Melbourne, Saturday, July 18)