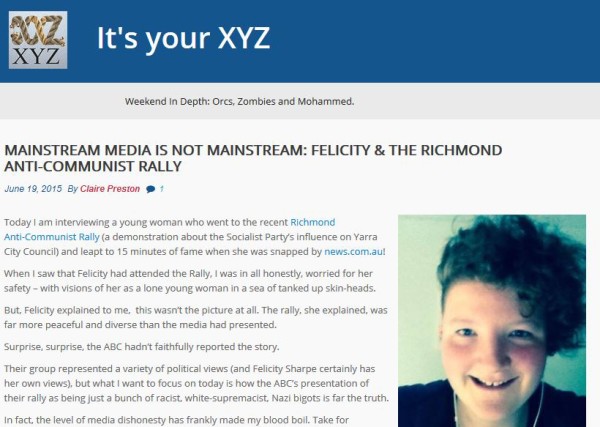 A new website has sprung up called XYZ. It proclaims that it is ‘Restoring the balance to Australia’s media! Real news. Real issues. Real satire. It’s your XYZ.’

On June 19, XYZ published an interview with Felicity Sharpe on the subject of the May 31 United Patriots Front rally. Felicity doesn’t like ‘commies’ and neither does XYZ, so there’s certainly some common ground there. Unremarked upon, however, is the fact that Mz Sharpe is a neo-Nazi. 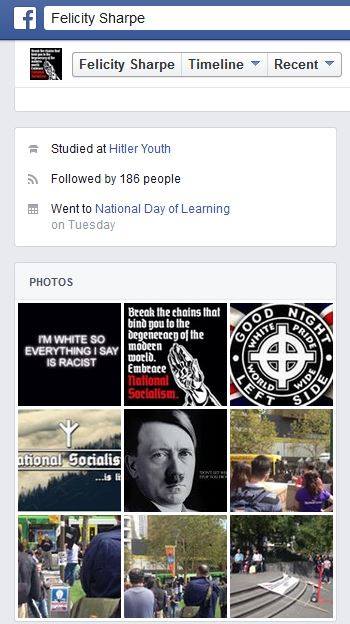 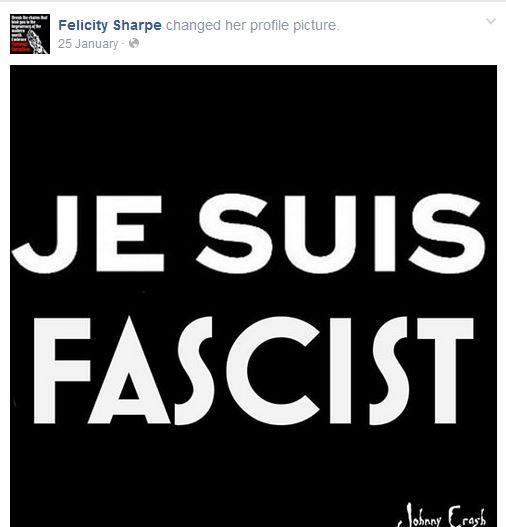 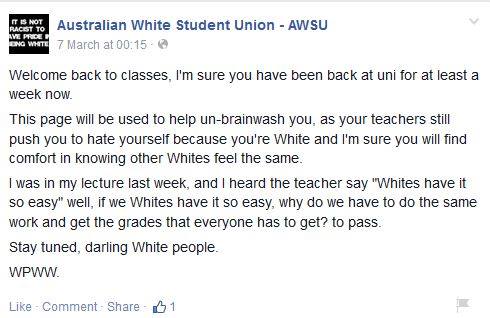 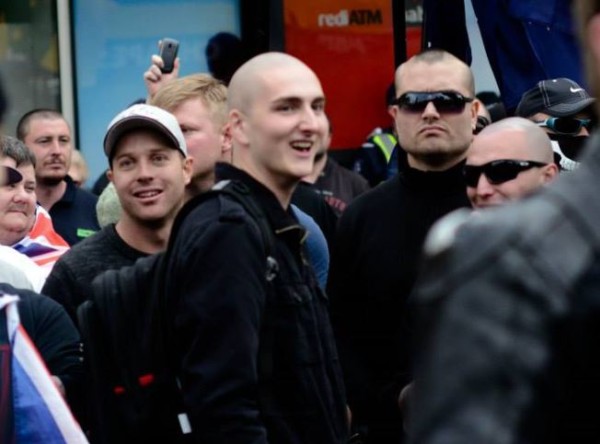 I live in Melbourne, Australia. I like anarchy. I don't like nazis. I enjoy eating pizza and drinking beer. I barrack for the greatest football team on Earth: Collingwood Magpies. The 2023 premiership's a cakewalk for the good old Collingwood.
View all posts by @ndy →
This entry was posted in !nataS, Anti-fascism, Media, State / Politics, Student movement and tagged Claire Preston, Felicity Sharpe, Reclaim Australia, United Patriots Front, XYZ, xyz.net.au. Bookmark the permalink.