G’day Aussie patriots how ya goin’?

• No Room For Racism have organised a SPEAK OUT @ City Square Melbourne for Friday, August 8 (5.30-7pm):

With racist and neo-Nazi groups like Reclaim Australia and the United Patriots Front rallying openly on our streets, it’s time for anti-racists to unite and speak out against rising racism and Islamophobia.

Come along and hear from different communities about how racism is used as a tool to divide us and how we can unite to stop the growth of far-right movements in Australia.

This is a peaceful speak out organised by the #NoRoomForRacism campaign. All anti-racists are welcome.

• The fascist groupuscule the ‘United Patriots Front’ (UPF) claims to have had an application to hold an assembly in Cronulla denied by local authorities. This has been interpreted by Shermon Burgess (‘The Great Aussie Patriot’) as meaning that Muslims have taken over the Shire. See also : Reclaim Australia rallies ‘fuel racial tensions to Cronulla riot levels’, The Guardian, Shalailah Medhora, July 20, 2015.

• UPF leader Neil ‘Nazi Boy’ Erikson is in the news again, this time for allegedly conspiring to ‘manually remove’ Socialist Party councillor Stephen Jolly in Richmond (the site of the UPF’s dismal debut in May). See : Police investigate kill threats against Councillor Stephen Jolly, Bianca Hall, The Age, August 2, 2015.
• Erikson denies authorship of the messages on Facebook referred to in Hall’s article. The messages in question seem to have originally appeared on the Facebook page Team Idiot’s – Stupid Things Bigots Say and are republished below: 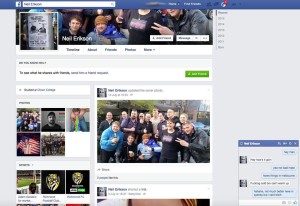 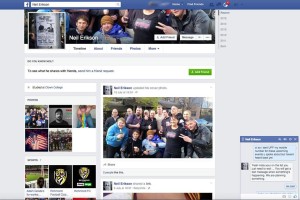 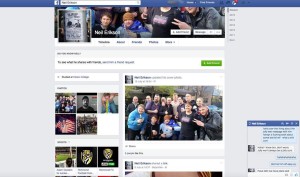 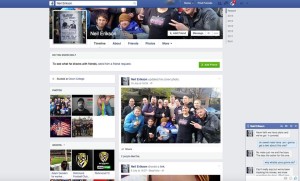 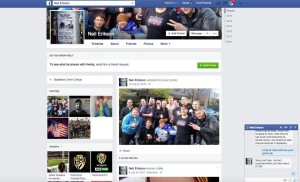 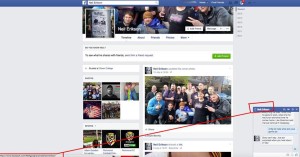 Verification of the above would presumably require a statement to police by whoever was on the other end of the conversation.

• Rather pathetically, Erikson similarly denied authorship of the video he made celebrating the stabbing death of 16yo anti-fascist Carlos Javier Palomino in Madrid in late 2007. See : ‘Anti-Islamist’ rally organiser shown laughing at death footage, James Dowling, Herald Sun, July 16, 2015. In 2009, the neo-Nazi killer, Josué Estébanez, was sentenced to 26 years jail for murder and attempted murder.

• Since its formation in May as a split from Reclaim Australia, the UPF has been consistently stating that ‘smashing the left’ (in Melbourne, but also elsewhere) has been a key goal and a necessary step towards their longer-term goal of ridding Australia of Muslims. Its failure to smash the left ‘on the streets’ has seemingly resulted in the employment of increasingly aggressive (and quite demented) rhetoric online. The actions of police on July 18 in Melbourne — specifically, the widespread deployment of capsicum spray — was met with undisguised glee by the UPF, but praise for VicPol seems to have terminated with news of the confiscation of a firearm from one patriot by NSW police before he hopped on board the hate bus.
• The UPF has determined that Jolly, along with fellow SP members Anthony Main and Mel Gregson, is the mastermind behind all ‘antifa’ activity in Melbourne; by the same token, Erikson has alleged that deputy opposition leader Tanya Plibersek is bankrolling opposition to Reclaim Australia, so it’s sometimes difficult to determine quite how serious or stoopid Erikson & Co actually are, whether they believe the propaganda they produce or they’re simply feeding the chooks who follow the UPF.
• In the days immediately following July 18, Burgess posted a video in which he confessed to assault and named fellow ‘patriot’ Liz Carlsen as also having committed assault. To date, I don’t believe the alleged incident has received any media attention.

• The ‘Australian Liberty Alliance’ (ALA) registered with the AEC on July 29, and Geert Wilders is scheduled to tour Down Under in October in order to launch the Alliance.
• The ALA is the bRaneschild of ‘The Q Society’.
• Erikson was present at a tiny counter-counter-protest at the Wilders appearance at La Mirage Receptions in Somerton in Melbourne in February 2013.

• Today Kim ‘Go Back To Where You Came From’ Vuga attended a function in Nick Folkes’ backyard. Folkes is the leader of the Party for Freedom, established as a split from the ‘Australian Protectionist Party’ after Folkes and fellow Sydney branch member Darrin Hodges organised a public rally in Sydney in June 2012 demanding that the Australian government ‘Torpedo the Boats!’ carrying asylum seekers to the northern shores of the country. 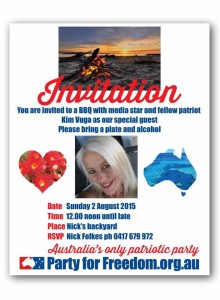 • The Party for Freedom is explicitly modelled on Wilders’ PVV but has been effectively snubbed by Wilders in favour of the (allegedly) far more competent Q Society. See also : What’s behind the Australian Liberty Alliance?, Patrick J. Byrne, News Weekly, February 14, 2015.

I live in Melbourne, Australia. I like anarchy. I don't like nazis. I enjoy eating pizza and drinking beer. I barrack for the greatest football team on Earth: Collingwood Magpies. The 2023 premiership's a cakewalk for the good old Collingwood.
View all posts by @ndy →
This entry was posted in Anti-fascism and tagged antifa notes, Australian Liberty Alliance, Cronulla, Geert Wilders, Go Back To Where You Came From, Kim Vuga, Liz Carlsen, Neil Erikson, Nick Folkes, No Room For Racism, Party for Freedom, Q Society, Reclaim Australia, SBS, Shermon Burgess, Stephen Jolly, Tanya Plibersek, United Patriots Front, Yarra Council. Bookmark the permalink.