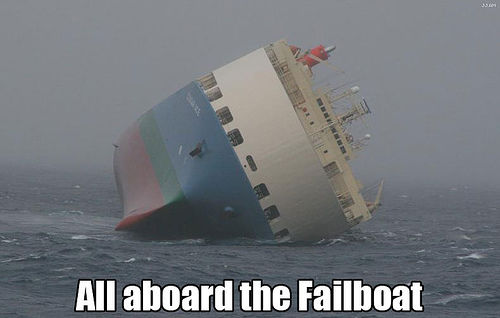 In bad news for Australian Protectionists, the ‘Australian Protectionist Party’ has confirmed its reputation as the most pathetic party to be formally registered with the state. While boasting over 500 members and five years of political activity, just five people bothered to attend their anti-refugee rally in Sydney on Saturday. At first called in order to demand that the Australian government ‘Torpedo the boats’ carrying asylum seekers to Australia, a week before the rally the organising slogan was amended to ‘Torpedo the government boats policy’. The shift in rhetoric appears to have resulted from pressure applied by the party’s nominal leader Andrew Phillips; the failure of the rally, and the party generally, to have resulted in the resignation of de facto party leader Darrin Hodges (below right). 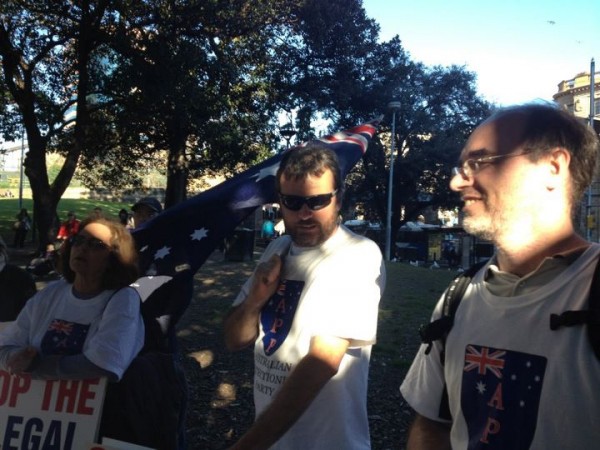 In good news for the APP and its supporters, no torpedoes were required in order to sink a boatload of asylum seekers just days prior to Saturday’s fail. Judging by the commentary on the now-deleted Facebook Events page for the rally, many champagne corks were popping at the news of the many dozens of men, women and children who appear to have drowned at the scene. In any case, the dumb, drunk and racist antics of the APP are further documented in ‘Episode Two’ of Joe Hildebrand’s Dumb, Drunk and Racist; some further consideration is given to the Australian government’s own role in failing to avert the disaster in Decency all at sea as another boatload sinks, Michael Bachelard, The Age, June 24, 2012.

I live in Melbourne, Australia. I like anarchy. I don't like nazis. I enjoy eating pizza and drinking beer. I barrack for the greatest football team on Earth: Collingwood Magpies. The 2023 premiership's a cakewalk for the good old Collingwood.
View all posts by @ndy →
This entry was posted in !nataS, Anti-fascism, Death, State / Politics, War on Terror and tagged "Torpedo the boats!", Australian Protectionist Party, “...And That’s Why We Should Keep The Bloody Flag The Same!”, Darrin Hodges, Nicholas Folkes, Nicholas Hunter Folkes. Bookmark the permalink.

8 Responses to t00t t00t! All Aboard The Australian Protectionist Party Failboat!