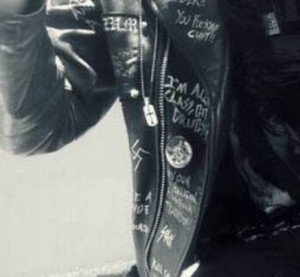 A band from Melbourne called Sexxx likes to play with swastikas it seems. They were gonna play a gig at Mr Boogie Man BAR on Saturday night (as part of their brief why haven’t you got aids? tour australia) but it may be that they’ve been kicked off the bill.

I live in Melbourne, Australia. I like anarchy. I don't like nazis. I enjoy eating pizza and drinking beer. I barrack for the greatest football team on Earth: Collingwood Magpies. The 2023 premiership's a cakewalk for the good old Collingwood.
View all posts by @ndy →
This entry was posted in !nataS, Anti-fascism, Broken Windows, Collingwood, Music, Sex & Sexuality and tagged 100% Two Fingers in the Air Punk Rawk!, Mr Boogie Man BAR, punk, Sexxx. Bookmark the permalink.