Fascists Out Of Coburg! 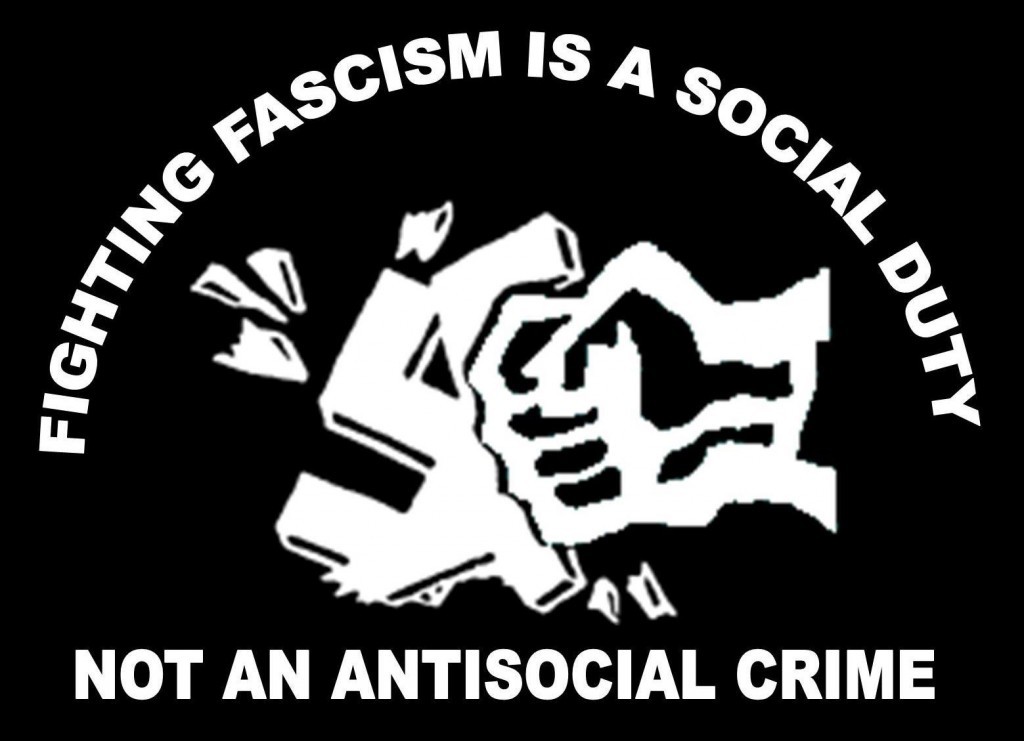 As previously noted, this Saturday, May 28, in the northern Melbourne suburb of Coburg, local councillor Sue Bolton (Socialist Alliance) has organised a rally: Moreland Says No to Racism. The rally is scheduled to take place outside Coburg Library at 11am, after which there will be a march to Bridges Reserve.

In response to the anti-racism rally, a group called the ‘True Blue Crew’ has organised a counter-rally. Their counter-rally has won the support of the neo-Nazi grouplet ‘United Patriots Front’ (UPF) and a smattering of others, and is scheduled to take place at 10.30am at Bridges Reserve, the planned endpoint of the anti-racist march.

The TBC are a small group which formed last year. Its supporters are largely drawn from Bendigo and Melton and the group has organised a bus to transport supporters from Bendigo and Melton to Coburg. The TBC’s main claim to fame thus far has been: a) to get arrested at the July 18 (2015) Reclaim Australia rally in Melbourne and; b) to fail to break police lines in order to attack counter-protesters at the UPF rally in Bendigo on February 27 (2016). Its two main faces are Zane Chapman and Corey Hadow.

Coburg is a diverse suburb with a large population of immigrant workers and a large number of Muslim residents. It lies within the federal seat of Wills, which has been held by Labor since its formation in 1949 but which has witnessed significant growth in support for the Greens since 2001 (Socialist Alliance member Zane Alcorn is running in 2016, as is Socialist Equality Party’s Will Fugenzi).

Seemingly, the TBC, UPF and other racist boofheads want to plant their flag in Coburg, a place home to many of the groups (Muslims, leftists, ‘people of colour’ et. al.) that they despise — and wish to eliminate. Small in number, they nevertheless pose a potential danger to locals. If left unopposed, it’s possible that this will further embolden these groups and individuals to continue to prosecute their divisive, racialised and reactionary politics.

Coburg has a proud history of resisting fascist intrusions into public spaces. It’s important to carry on that tradition and to let local fascists know that they are not welcome. Please attend the rally on Saturday, let others know about it, and be advised that a small group of fascists will be in the area, looking for opportunities to attack it and other targets.

Fascists Out of Coburg!

I live in Melbourne, Australia. I like anarchy. I don't like nazis. I enjoy eating pizza and drinking beer. I barrack for the greatest football team on Earth: Collingwood Magpies. The 2021 premiership's a cakewalk for the good old Collingwood.
View all posts by @ndy →
This entry was posted in Anti-fascism and tagged Bendigo, Coburg, Corey Hadow, fascism, Melton, neo-Nazism, racism, Socialist Alliance, Sue Bolton, True Blue Crew, United Patriots Front, Zane Chapman. Bookmark the permalink.

4 Responses to Fascists Out Of Coburg!