Neo-Nazis, white supremacists, racists and fascists the world over have been emboldened by President-elect Trump and Australia is no exception. 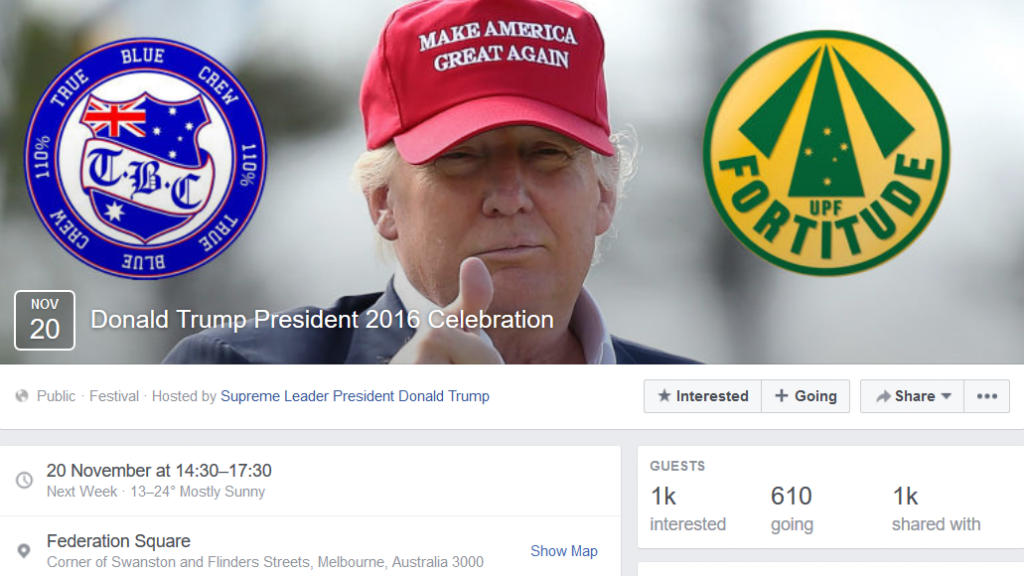 A counter-rally has been organised under the auspices of Campaign Against Racism & Fascism and No Room For Racism, which is scheduled to begin at 1pm outside Parliament House. See the Facebook event page for more details. 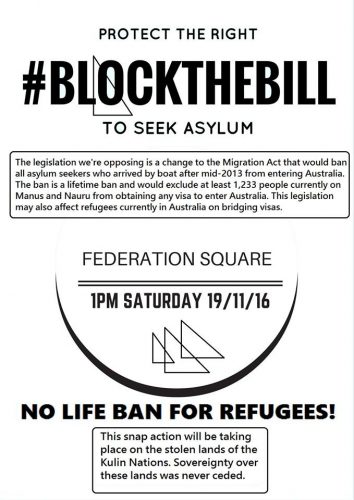 In addition: a rally has been called to #BlockTheBill — starting at 1pm and concluding at 4pm — on Saturday, November 19. (NB. Another rally has been organised to take place at the Square to support political reform in Malaysia between 2 and 4pm.)

I live in Melbourne, Australia. I like anarchy. I don't like nazis. I enjoy eating pizza and drinking beer. I barrack for the greatest football team on Earth: Collingwood Magpies. The 2020 premiership's a cakewalk for the good old Collingwood.
View all posts by @ndy →
This entry was posted in Anti-fascism, History, State / Politics, That's Capitalism! and tagged BlockTheBill, Federation Square, Malaysia, True Blue Crew, United Patriots Front. Bookmark the permalink.