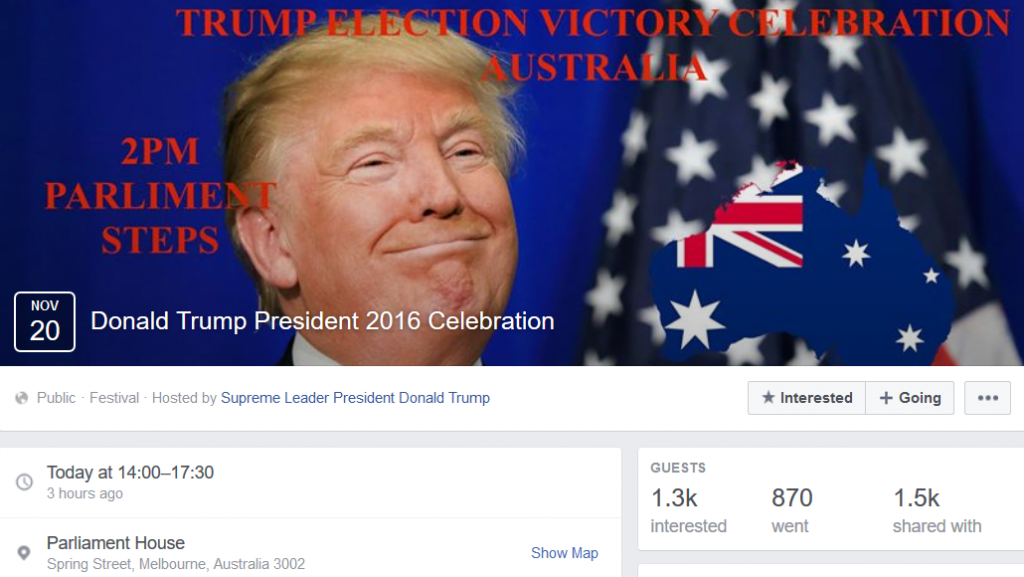 Upon the announcement of Donald Trump’s successful bid to become Presidente of the US of A, a local fanboy in Melbourne decided to dub himself ‘Supreme Leader President Donald Trump’ and to organise a public celebration. First aiming to have a victory party at Federation Square on Saturday, November 19, after discovering the fact that a rally to #BlockTheBill was also scheduled for the Square on that date, the time and place was changed to Parliament House and Sunday, November 20. The Facebook event page attracted a large number of interested parties which, as well as all The Usual Suspects of the far right, included a much larger number (hundreds!) of racist teenyboppers. Naturally, shortly after fanboy made his bold declaration, the methgoblins of the True Blue Crew jumped on the Trump bandwagon, as did the neo-Nazis in the United Patriots Front. And so, naturally, anti-fascists organised a counter-protest … 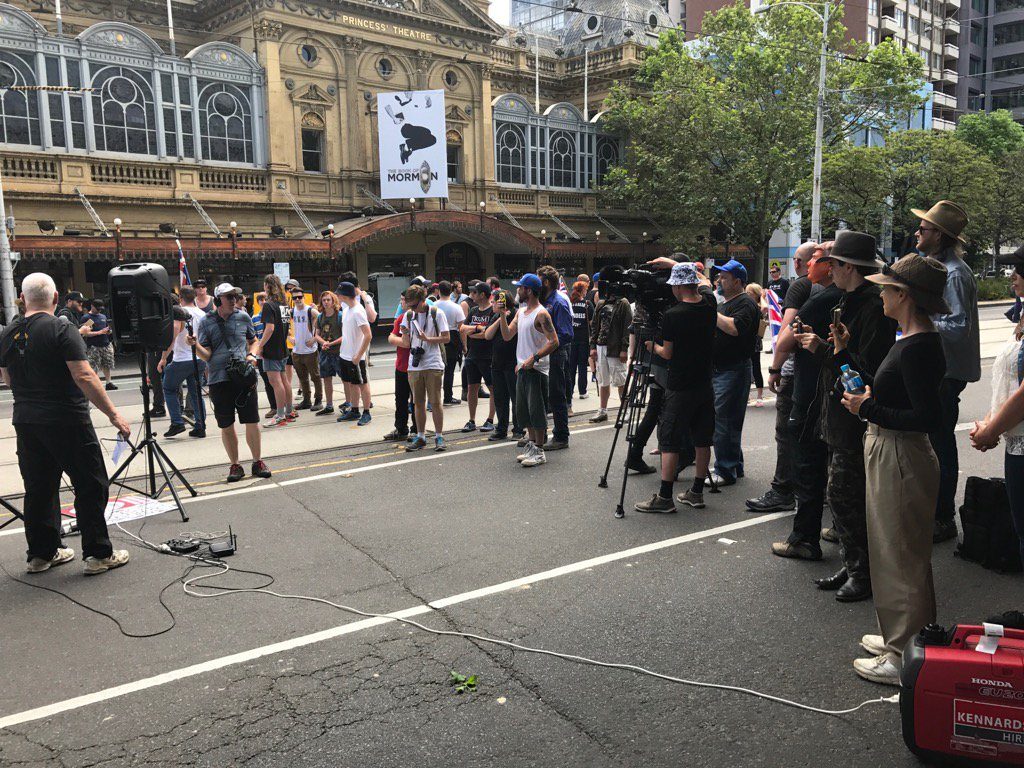 Despite a good deal of hype — bizarrely, The Age decided to explicitly link the Trump rally to the Springvale fire (Far-right group to rally in Melbourne as Springvale fire tragedy fuels racism on social media, Neelima Choahan, November 19, 2016) — barely a handful of people elected to rally for Trump: just 20 according to Adam Carey (later amended to 30), with most reports suggesting perhaps twice that number (40-50). On the other hand, something in the order of 300 or so people attended the anti-Trump rally, including the FIVE FLAG GENERAL — who proved once again to be unbashable. 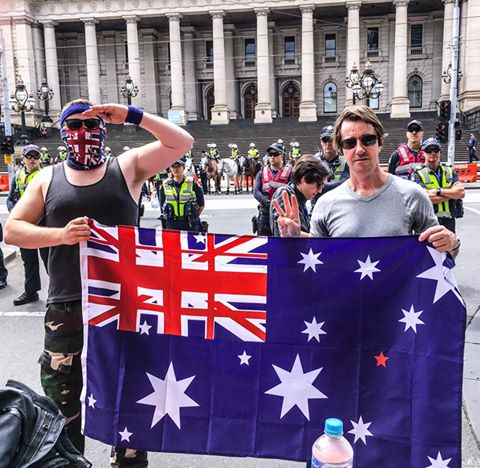 So … all in all, the Trump train appears to be stranded somewhere between Frankston and Melton stations, the altright in Melbourne remains a fringe enthusiasm for keyboard warriors, and the TBC and UPF failed to paint the town orange. They did, however, once again retreat to The Pumphouse Hotel, confirming the pub’s status as a fascist-friendly venue: boo! mAd props to all the good folk who rocked up to tell Trump and his handful of supporters to bugger off — you rock! See youse next time … and remember that your pressure really does place real limits on the ability of the far right to mobilise and to build.