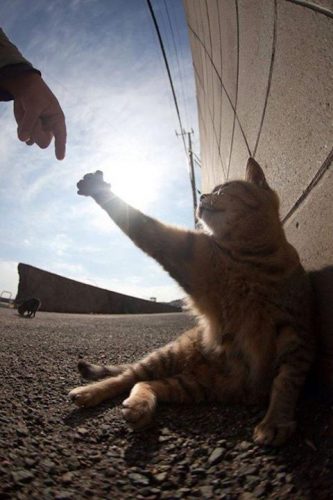 A little under 12 months ago, the anarcho-syndicalist International Workers’ Association / Asociación Internacional de los Trabajadores (IWA-AIT) underwent an acrimonious split. Well, of sorts. In any event, at its XXVI Congress (December 2-4, 2016, Warsaw, Poland), the (Spanish) CNT, (German) FAU and (Italian) USI sections were disaffiliated ‘as a result of a conscious disregard for process, statutes and dues of the IWA’. For its part, in November 2016 the CNT organised a conference in Barakaldo, with participants from ‘comrades from IWW from the USA and Canada, IWW from the UK and Ireland, FAU and IWW from Germany, IP from Poland, USI from Italy, ESE and Rocinante from Greece, CNT-GAP and CNT-Vignoles from France and FORA from Argentina, as well as receiving solidarity statements from the Sociedad Obrera from Paraguay, FOB from Brazil and CNT-STCPP from France’. The purpose of the gathering was to establish a new international. In January 2017, the FAU published a statement elaborating upon its issues with the IWA-AIT and committing the organisation, along with the CNT and USI, ‘to jump-start a new international project’. More recently (April 17, 2017), segments of the CNT have published a statement [ESP] which suggests that at least some will be adhering to the IWA-AIT rather than joining in this new project.

Communique of the CNT-AIT Congress to all workers and fighters — To All Anarchosyndicalists and Sympathizers
[April 23, 2017]

From various unions of the CNT-AIT that left what is now called the “CNT”, together with others that remain in it but with a critical stance, as well as with many others that were expelled or purged for having denounced the irregularities committed, we have met in Villalonga from the 13-16 of April in the Congress of Restructuring the anarchosyndicalist organization. We would like to publically communicate the reasons and the resolutions of our Congress and make a call to unite in our organization in order to strengthen and give potential to revolutionary, anti-authoritarian and emancipatory anarchosyndicalism.

Motivations: In the last few years, what now calls itself “CNT” has been suffering an ideological derive [ie, drift] in all senses. This has included a series of scandalous situations in which some things are decided in the absence of assemblies, there has been a rupture of Confederal pact and federalism, a lack of solidarity, the inexistence of transparency[1], executive decisions of the Committees, the buying of votes, falsification of agreements, committees that veto the unions or their proposals without putting them on the agenda, centralism and even physical aggression. This derive has produced a weakness in [the] CNT that anybody can see: the need to have paid position[s] because of an absence of militants, the inability to publish the CNT newspaper, the decrease in the number of unions federated… Above all, it has provoked the serious fact that it was expelled from the IWA, our International which established anarchosyndicalism in the world, because of the numerous irregularities committed by its Spanish section, the “CNT”, among others not paying the dues[2], as established in the statutes, but also trying to organize a parallel international, only because it could not impose its agreements in the Congresses of the IWA[3].

The Congress of Restructurization: We met in order to give structure to the numerous anarchosyndicalist unions that exist in the geographical area, to affirm anarchosyndicalism and the values that have inspired it, especially direct action, against parliamentarianism and bourgeois representationism that are being injected into supposedly revolutionary organizations, including the “CNT”.

We have taken the following agreements:

– We have adopted new statutes which are free of provisions which have supported or can support authoritarian practices, vertical structures and executive committees. In exchange, we are fostering consensus among the unions, more means for the local organizations and more autonomy against the committees, which will be reduced to authentic organs limited to coordination.

– Affiliation to the IWA, with the CNT-AIT being its Section in Spain, putting an end to the irregular situation that has been promoted by the Committee of the “CNT”, and contributing to the promotion of internationalism which is so necessary for the opposition of a globalized capitalist world, a question that characterizes the real anarcosyndicalism and not this colonialism of a negative and irrational “CNT”.

– We consider ourselves the continuation of the CNT created in 1910, the anarchosyndicalist and historic one.

– We call on all the anarchosyndicalists in the geographic area to retake and resurge anarchosyndicalism and to put it in the place that it should be: as a libertarian and emanicapatory reference for the working class in the whole world.

From Villalonga, libertarian greetings, in solidarity and internationalist, to all the people, groups and organizations that aspire for freedom.

======
1. Such an absence of transparency, for example, encouraged the theft of around 20,000 euros from the CNT treasury by the General Secretary based in Valladolid.
2. For example: The union responsible for the CNT newspaper is no longer nominated by the unions and decided in Plenaries, but by the Confederal Committee, since the XI Congress in Zaragoza. (Translator’s explanation: The CNT’s reformist and executive wing have caused the situation in which the paper has not been published in years, due to the fact that they are trying to keep control of the publication and infuse it with their politics.)
3. A paradox since some unions that were expelled from the CNT were for dues arrears. While the CNT failed to pay dues to the IWA, it paid for a legal office of cronies whose cost were higher than the dues to the IWA. This office also absorbs all the resources destined to help repressed workers and prisoners that are from or collaborate with the CNT.
4. This decision was made by the Committees of the CNT without any agreement of the unions or the Congress. Leaving the IWA was not proposed in the XI Congress of the “CNT”.
======

In September 2015, AK Press issued a statement about one of its authors, historian Michael Schmidt, describing him as “an undercover fascist” and “a white nationalist trying to infiltrate the anarchist movement”. Subsequently, Alexander Reid Ross and Joshua Stephens published a series of articles detailing the allegations, and there has been a good deal of discussion online About Schmidt. Most recently, the Instituto de Teoria e História Anarquista (ITHA) / Institute for Anarchist Theory and History (IATH) have published a 2017 Statement on Michael Schmidt Case / Declaração sobre o caso Michael Schmidt (March 23, 2017) and Schmidt’s one-time co-author Lucien van der Walt has also released a statement: Lucien van der Walt – 2017 Statement on Michael Schmidt Affair – 10 April 2017 while anarkismo has published a Statement on the Schmidt Case and Proposed Commission of Inquiry. Schmidt himself has recently announced his intention to complete an anarchist history titled Wildfire, ‘a 16-year study [which] will be the most comprehensive global history of the anarchist movement over 15 decades’.

• On ANZAC Day, the Melbourne Anarchist Communist Group has issued a statement on the subject of WAR: WWI was a crime against humanity, with two rival imperialist alliances fighting it out to redivide the colonies, markets and resources of the world. The lives of soldiers, Australians included, and civilian populations were sacrificed to the power and profits of their own ruling classes …

• On the Role of Black Bloc: A Critical Look, K., First of May Anarchist Alliance (M1), April 18, 2017: When we, as anarchists or anti-fascists, go out into the streets, questions should arise: What are we doing here? What are our goals? What is the most appropriate or powerful way to achieve those goals? Our tactical choices should always be in service of our goals — they should never be goals in themselves. I fear that in the anti-fascist movement, the tactic of black bloc has become fetishized and that this fetishization has impeded the growth of our movement and struggle …

• Channel Zero is a newly formed podcast network of several anarchist and anti-authoritarian podcasts across so-called North America. Our goal is to create an ever growing platform to expand the reach of anarchist analysis into a larger and more public audience. Currently, we are made of up the Final Straw, the Crimethinc Ex-Worker Podcast, SubMedia, the Solecast, Which Side Podcast, Resonance: an Anarchist Audio Distro and the IGDCAST. Our goals with this network are several fold. First, we aim to support each other and expand the audience of all of our podcasts with a common website and platform where each of our shows can easily be found.

• CrimethInc is always worth reading. Some recent articles of interest include: The State of Emergency and the Totalitarian Drift of the State: A Report from France (April 20, 2017); From the Loi Travail to the French Elections: A Retrospective on Social Upheaval in France, 2015-2017 (April 19, 2017); “The Struggle Is not for Martyrdom but for Life”: A Critical Discussion about Armed Struggle with Anarchist Guerrillas in Rojava (April 18, 2017) and; Why the Alt-Right Are So Weak And Why They’re Becoming So Dangerous (April 17, 2017).