Neo-Nazis March for Babies in Melbourne 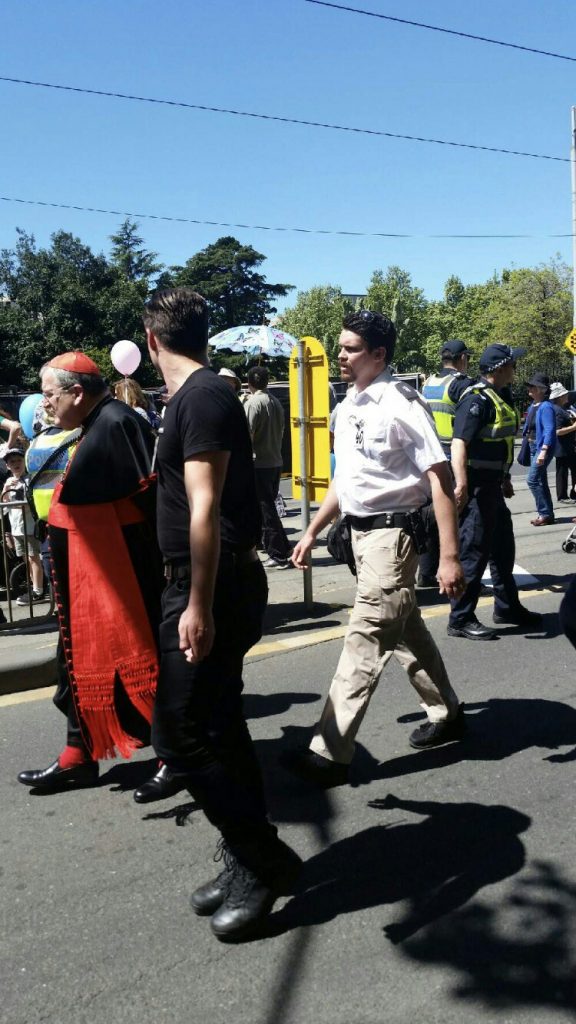 Following on from revelations concerning the neo-Nazi infiltration of the Young Nationals in NSW, a small contingent of local neo-Nazis were also involved in the ‘March for Babies’ in Melbourne yesterday.

Lead by Stuart Von Moger — who appears to have been employed in an Official™ capacity by march organisers — among those present were his Lads Society kameraden James Buckle (Firearm Owners United), Blair Cottrell, Jacob Hersant (Antipodean Resistance) and Tom Sewell. Also present were serial pests Neil Erikson and Rino ‘Bluebeard’ Grgurovic, among a small number of other far-right luminaries.

Several women and non-binary folks heckled the speakers at the March but were swiftly seized by patriotik Volk including Hersant and Sewell, before being handed over to their friends in blue uniform.

1 Response to Neo-Nazis March for Babies in Melbourne