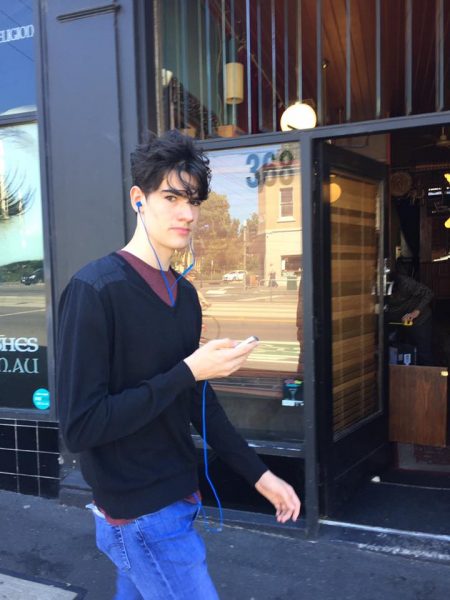 In September last year I published a post titled ‘Who Are Antipodean Resistance?’. It gave a brief outline on the neo-Nazi group’s origins on Tumblr and its development by way of ‘Reclaim Australia’ and, moreover, the ‘United Patriots Front’ (UPF). It included a photo of a young man who had been spotted distributing Antipodean Resistance propaganda in Collingwood and Fitzroy. That man’s name is Jacob Hersant.

In addition to palling around with Antipodean Resistance, Jacob is also an active member of another neo-Nazi grouplet, ‘The Lads Society’. Here he’s pictured at the Society’s headquarters in Cheltenham with James ‘REGISTER COMMUNISTS NOT FIREARMS’ Buckle — President of gun lobby group ‘Firearm Owners United’ — and Lads’ founder Tom Sewell (ex-UPF): 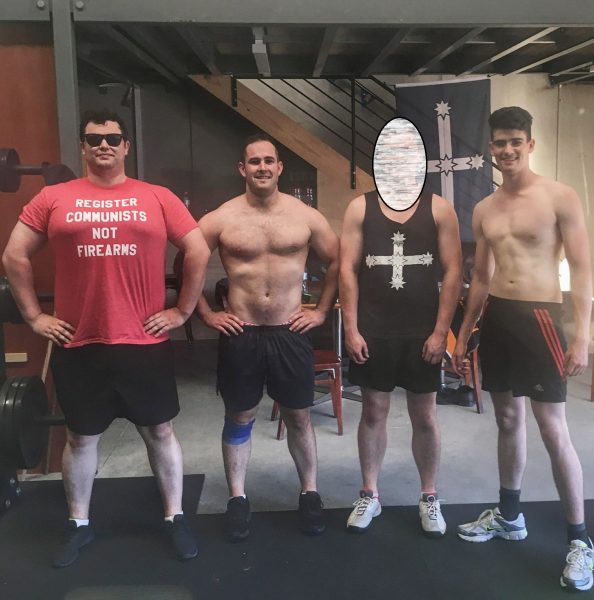 ‘The Lads Society’, which has taken the place of the now-defunct UPF, is intended to fulfill the dreams of its founder Tom Sewell and ex-UPF fuehrer Blair Cottrell: to create a fascist cadre. This has met with some success: a joint meeting with members of the Bendigo- and Melton-based ‘True Blue Crew’ in January in order to discuss the formation of a vigilante patrol to police African yoof was promoted by Channel 7, while the ‘Lads’ have also attracted participation by goons working in the security industry (including Avi Yemini’s sidekick, Daniel Jones). Thus, last weekend Stuart Von Moger conducted a training workshop for The Lads on How To Get Into The Security Industry: 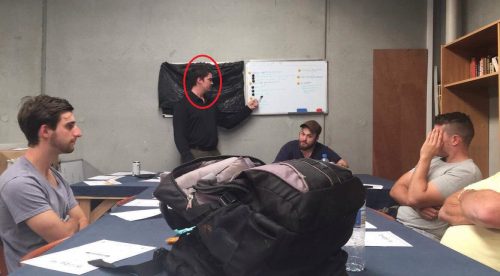 You may remember Stuart from such events as MILO’s appearance at Melbourne Pavilion in Kensington last December: 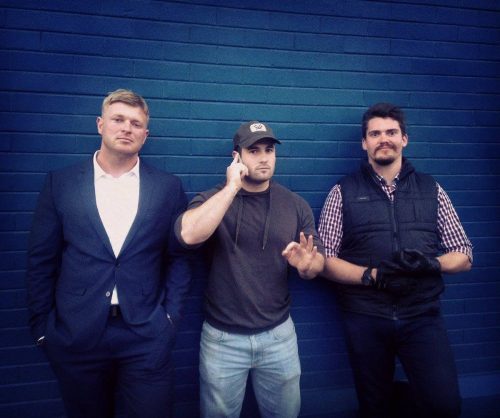 When he’s not busy securing the existence of Milo Yiannopoulos and a future for paedophile apologists, Stuart may also be found protecting former Premiers, playing with guns, and going for bushwalks to terrible destinations: 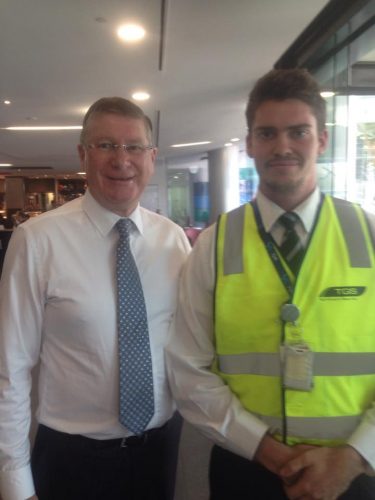 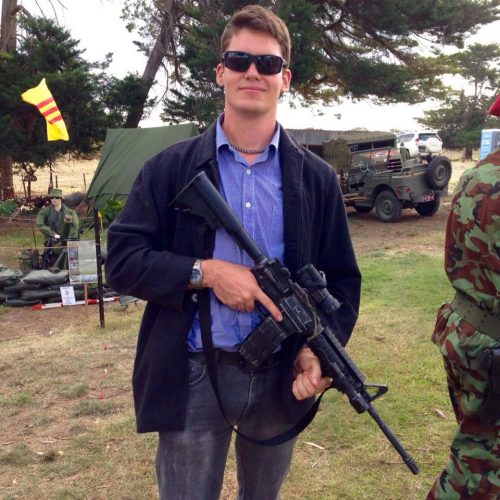 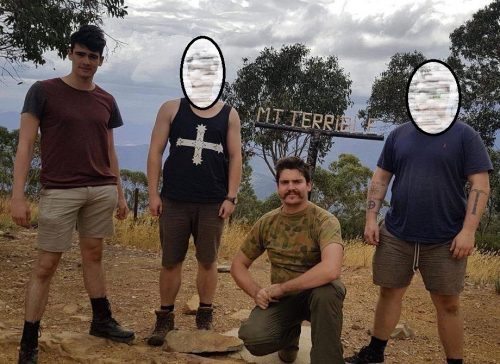 Of course, bush-walking is a pastime beloved of many, including Antipodean Resistance: 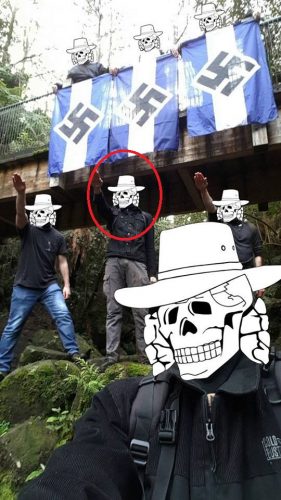 As for the Hitler Yoof Down Under, a few more notes:

Inciting violence against individuals or groups is an entirely different matter. It has been overlooked for too long and warrants the attention of politicians. In a recent Weekend Australian column, Janet Albrechtsen highlighted the problem of fringe groups such as the neo-Nazi Antipodean Resistance inciting violence towards Jews, gay people and others. The group is responsible for posters depicting a Nazi holding a gun to the head of a man on his knees wearing a Star of David. “Legalise the execution of Jews,” the caption says. “Join your local Nazis.” The poster appeared outside schools in Melbourne and the Sunshine Coast. Another poster featured a gun pointed at a man with a bullet in his head. He was wearing a “gay and proud” T-shirt. “Get the sodomite filth off our streets,” it blared. A poster featuring a swastika and proclaiming “REJECT JEWISH POISON” was glued to the window of federal Labor MP Mike Kelly’s office in the seat of Eden-Monaro in NSW. Mr Kelly’s wife is Jewish.

• As noted previously, Antipodean Resistance’s kameraden in the US (Atomwaffen) and the UK (National Action) have also been making headlines, albeit for killing people and doing terrorisms. VICE UK has recently published a series of articles on the far-right under the collective title of ‘Hate Island’; it includes one examining ironmarch dot org, a/k/a ‘The Obscure Neo-Nazi Forum Linked to a Wave of Terror’ (James Poulter, March 12, 2018):