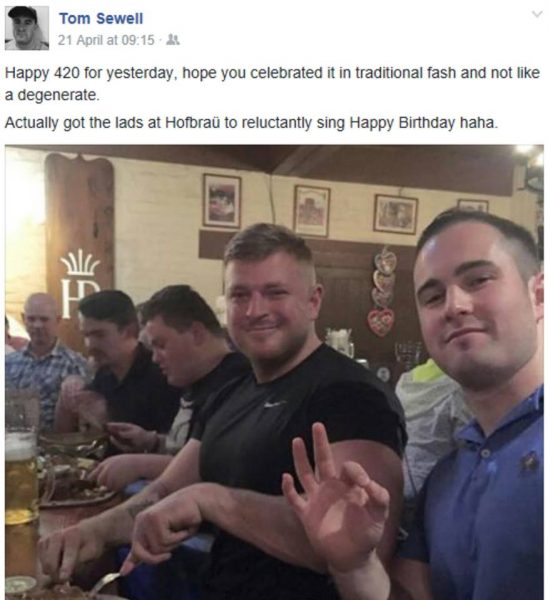 It’s been a while since the extreme-right had a clubhouse in Melbourne — probably not since National Action had its bunker in Fawkner in the 1990s — but that’s about to change with the opening of ‘The Lads Society’ in Cheltenham today.

Located at Unit 9/158 Chesterville Road, Cheltenham, the warehouse and office space has been leased (via Nixon Industrial) by Blair Cottrell’s sidekick Thomas Sewell.

Described as ‘the premier location in Australia for the gathering of like-minded men for the organisation and betterment of ourselves and our communities’, the attempt to place an innocuous veneer on the venture is pretty naff: the promo material produced by Thomas is subtle, but not too-subtle. Thus alongside Sun Tzu’s The Art of War, Oswald Mosley’s The Greater Britain, a compilation of Great Australian Speeches, a defence of US Senator Joe McCarthy and a biography of Alexander The Great, Thomas also recommends that the ‘lads’ read Mein Kampf (Tom is careful not to include the cover): 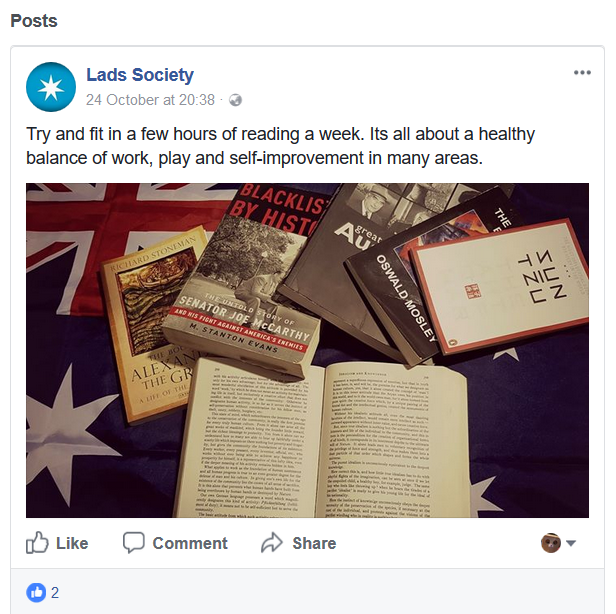 Joining Thomas at the ‘Grand Opening’ today will be Blair and their good chum James Buckle, who when he’s not busy being a lad is being the President of a lobby group called Firearm Owners United; James is also organising a BBQ to celebrate Invasion Day next year in Citizens Park in Richmond (the site of the United Patriot Front’s first rally in May 2015).

2 Responses to ‘The Lads Society’ : A new neo-Nazi social club opens in Melbourne