Nazis Go Camping in The Grampians 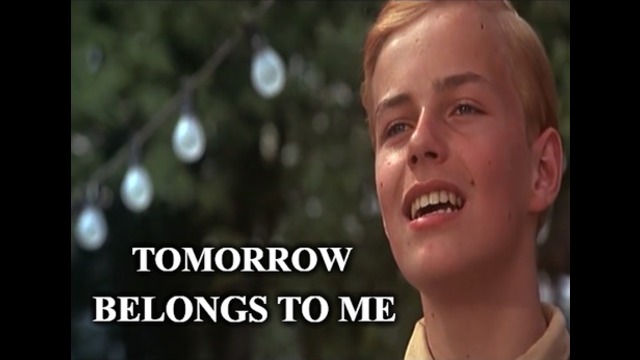 As you may have read, last weekend some neo-Nazis went camping in The Grampians.

Unsurprisingly, the incident has generated quite a lot of commentary, much of which has revolved around what might be an appropriate response to this news. The discussion has been given particular relevance in light of both the inability of police to take legal action and the recent announcement of a federal government inquiry into ‘extremism’. Hence, Greg Barton has argued that: ‘Now would be a good time for Australia to follow the lead of Five-Eyes partners such as Canada and formally proscribe far-right extremist groups such as the Proud Boys. Doing so would go some way to helping the police better do their job.’ Others have suggested that current laws, specifically counter-terrorism legislation, should be sufficient to address right-wing extremism and terrorism.

In either case, government policy is outta my league (and not my focus). Briefly, then:

• The camping trip was organised under the umbrella of the ‘European Australian Movement’ (EAM) and the ‘National Socialist Network’ (NSN).

• TLS emerged in late 2017, following the collapse of the ‘United Patriots Front’ (UPF). At that stage, The Lads had (privately) announced the establishment of a social centre in Cheltenham. In January 2018, the fascist bunker was the site of a joint meeting between The Lads, members of the defunct racist groupuscule ‘True Blue Crew’ (TBC), and various other racist agitators. The meeting was intended to provide a forum for the organisation of white supremacist vigilantes to combat the ‘African gangs’ that Peter Dutton declared at the time were so terrifying that Melbournians were simply too scared to leave their homes.

• The UPF emerged in 2015 as the militant vanguard of ‘Reclaim Australia’. TLS represented the consolidation of the support that the UPF had won between 2015–2017, principally by way of Facebook, but also supplemented by its occasional public excursions.

• As well as being present at Final Solution’s anti-African rally in St Kilda in January 2019, TLS organised a visit to Box Hill cop shop in late 2019 in order to join the tabloid chorus of disapproval at the fact that police had raised the Chinese flag to commemorate National Day of the People’s Republic of China. As Andrew Bolt wrote at the time (SURRENDER: VICTORIA POLICE RAISE THE FLAG OF COMMUNIST CHINA, Herald Sun, October 2, 2019): No need for communist China to invade. Victoria’s police have already raised the dictatorship’s flag over a police station in a heavily Chinese suburb. And guess who came to cut the cake to celebrate the dictatorship’s birthday? Why, it’s Gladys Liu, the Liberal MP tied to China’s propaganda arm. By the same token, Lads provided security for Stefan Molyneux and Bolt’s fellow SkyNews propagandist Lauren ‘The Great Replacement’ Southern for their 2018 tour.

• After some internal discussion, and more-or-less following the exclusion of Blair Cottrell, Tom Sewell emerged as spokes for TLS, and TLS — incorporating those elements of the short-lived neo-Nazi groupuscule ‘Antipodean Resistance’ that hadn’t already joined TLS — decided to launch itself as EAM and NSN. In other words, while TLS has been at pains to present itself as a fraternal organisation, EAM is basically an extension of TLS, and so too NSN.

• Like his (former) BFF Cottrell, Sewell got his start with the older neo-Nazi groupuscule ‘Nationalist Alternative’, which has its origins in anti-mosque agitation in Williamstown.

• In summary, the Hitler yoof who went hiking in the Grampians on the weekend are the end result of over a decade of agitation by local extreme-right actors. But whereas 10 years ago NAlt, for example, were extreme-ly reluctant to be accurately understood as a neo-Nazi formation, The Lads — by way of EAM and NSN — have thrown caution to the wind and are now happy to pose and strut as precisely who and what they are: neo-Nazis. 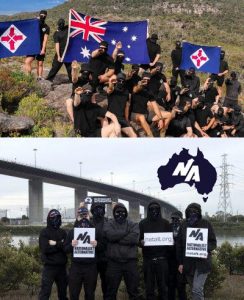 • No doubt much more can and will be said on the subject of TLS/EAM/NSN, ‘extremism’ and ‘terrorism’, but in the meantime, props to the good people of Gariwerd for: a) noticing and; b) documenting the excursion by these putative members of the Aryan Master Race.

5 Responses to Nazis Go Camping in The Grampians