Update (February 5, 2020) : The journalist who infiltrated The Base (‘Ryan Thorpe of the Winnipeg Free Press talks about his extraordinary experience going undercover in the neo-Nazi group and outing an army reservist as one of its recruiters’), Nick R. Martin, The Informant, February 3, 2020 /// (January 31, 2020) : The BBC has published an exposé on Alisher Mukhitdino(v) (AKA Alexander Slavros), the Russian-based founder of now-defunct neo-Nazi website Iron March (the one what helped spawn Atomwaffen in the US, National Action in the UK and Antipodean Resistance in Australia). 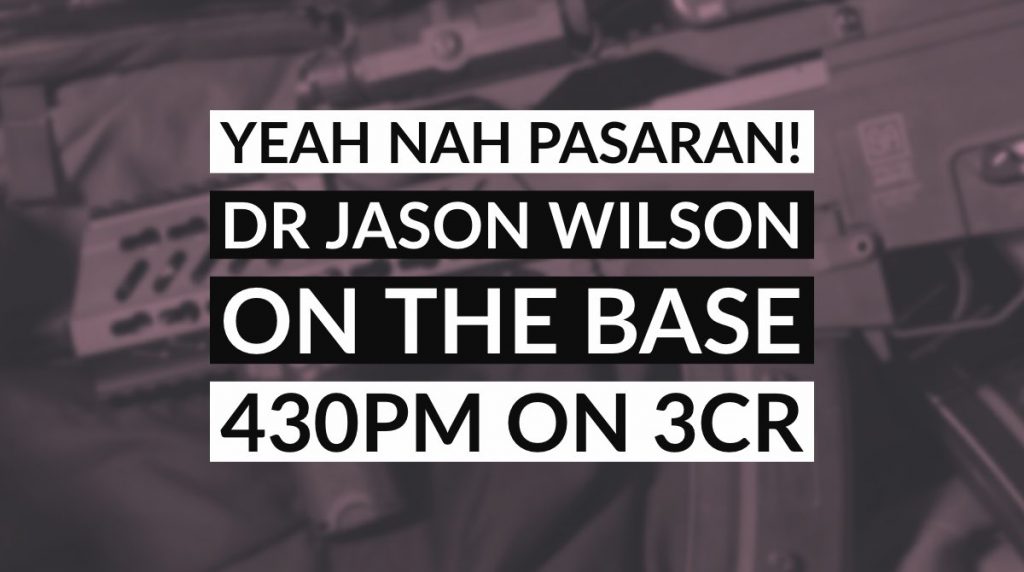 On this week’s episode of Yeah Nah, we talk to freelance journalist and dog lover (Dr) Jason Wilson about neo-Nazi terror gruppe ‘The Base’. See :

• We also have a Facebook page for the show, which you’re invited to ‘Like’ and to ‘Follow’.
• I have a Patreon account which youse are also invited to support (and if youse do youse get some sweet stickers …)