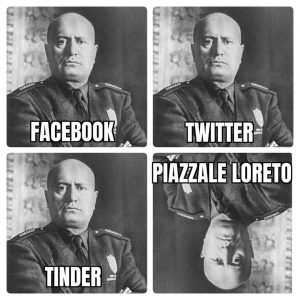 On this week’s episode of Yeah Nah, we talk to Alexander Reid Ross, a PhD Candidate in Geography @ Portland State University, Doctoral Fellow @ the Center for Analysis of the Radical Right, author of Against the Fascist Creep (AK Press, 2017) and to some friends @ Ad Astra Comix, a Canuckistanian publisher ‘specializing in comic books with social justice themes’. See also : Transnational White Terror: Exposing Atomwaffen And The Iron March Networks, Team Ross, Bevensee, and ZC (in collaboration with the Autonomous Disinformation Research Network), bellingcat, December 19, 2019.

• Note that this episode is an edited version of a longer conversation which we’ll prolly chuck up as a podcast at some point in the next few weeks.
• Re podcasts, check out Giving the Mic to the Wrong Person, a show str8 outta Portland, which discusses Socialism and Simpsons soundclips /// Posadism and pro-wrestling. Long Live Juan Posadas Thought!

• We also have a Facebook page for the show, which you’re invited to ‘Like’ and to ‘Follow’.
• I have a Patreon account which youse are also invited to support (and if youse do youse get some sweet stickers …).

I live in Melbourne, Australia. I like anarchy. I don't like nazis. I enjoy eating pizza and drinking beer. I barrack for the greatest football team on Earth: Collingwood Magpies. The 2023 premiership's a cakewalk for the good old Collingwood.
View all posts by @ndy →
This entry was posted in Anti-fascism, Media and tagged 3CR, Ad Astra Comix, Alexander Reid Ross, Yeah Nah Pasaran. Bookmark the permalink.