Have We Got A Podcast? A Guide 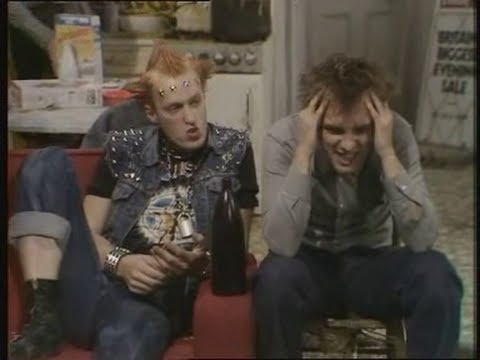 Yes We’ve Got A Podcast!

A while ago some body asked me to recommend some (anarchist/left/progressive) /pəˈlɪtɪk(ə)l/ podcasts. As a slave to the market, below is a list of a few dozen that I think may be of interest. Most are published on multiple platforms, but where they’re not I’ve included links to specific instances; most are also Yanqui, gotta Patreon, and Twitter account. Obviously, there’s hundreds and thousands of other interesting podcasts out there. Equally obviously, this list is not exhaustive, and I may add to it as time goes by, so feel free to leave a comment with suggestions.

• I do monthly radios on Melbourne community radio station 3CR with my co-host Dr Cam. It’s Radiothon time and we need your filthy lucre. Please feel free to make a donation. Cam is holding our old shows ransom at the moment, and stated that he’ll only release them if we hit our target, when I can then upload them to Patreon.

• Special shout-out to Channel Zero Anarchist Podcast Network (CZN) and its unruly constituents, including A-Radio Berlin, The Final Straw Radio, It’s Going Down, Solecast and Subversion 1312. CZN is ‘an english-based anarchist radio/podcast network run by radical media makers. We are here to present anarchist analysis & context to deepen people[‘]s understanding of the situation and broaden the struggle. We share stories from the front-lines, lessons from history, and battle-tested ideas to spread revolutionary practices.’

‘A podcast about fascists, nazis, and [the] far right, from the perspective of the left’ [Patreon/Twitter].

‘Against the Grain is a radio and web media project whose aim is to provide in-depth analysis and commentary on a variety of matters — political, economic, social, and cultural — important to progressive and radical thinking and activism’ [via KPFA].

‘Since the millennium change John Zerzan has been expressing his anti-civilization views on his one hour live radio show‘, smashing civilisation one broadcast at a time.

‘A comedy and politics podcast from the leftest reaches of the left. Get that Antifada Mindset’ [Patreon/Twitter].

‘The period in which Western liberal democracy was held to be ‘the final form of human government’ is now over. Aufhebunga Bunga is the left-wing podcast that is charting what’s emerging and what comes next’ [Patreon/Twitter]. Sidenote : Aufheben is one of the more interesting Marxist zines.

A podcast (via HowStuffWorks) by a bastard otherwise known as Robert Evans, which profiles some of the nicest people you’d ever want to meet [Twitter].

‘Host Doug Henwood covers the worlds of economics and politics and their complex interactions, from the local to the global] [KPFA].

A podcast sponsored by Dissent magazine and hosted by Josh Eidelson and Sarah Jaffe, Belabored examines the trials and tribulations of the US lab0ur movement: ‘Every week, they’ll take listeners behind the scenes of the latest stories in labor journalism. They’ll interview high-profile guests and working people.’

‘It’s a comedy podcast! About Australian and US news mostly!’ [Patreon/Twitter].

‘Citations Needed is a weekly podcast about the intersection of media, PR, and power, hosted by Nima Shirazi and Adam Johnson’ [Patreon/Twitter].

‘Coffee with Comrades is rooted in militant joy. We make a conscious effort to eschew pretentious sectarian shenanigans. Instead, our hope is to cultivate a warm and inviting atmosphere, like walking into your favorite coffee shop to sit down with some of your closest comrades and share a heart-to-heart conversation’ [Patreon/Twitter].

The zine with a podcast. ‘Every other week our editorial team brings you a mixture of discussion, analysis, and whimsy’ [Patreon].

David Harvey is a Marxist geographer: these are his stories.

Democratic Socialism, yeah? ‘Forging a new left agenda in the midst of our neoliberal hellscape — Join us weekly for the best news and analysis from a left perspective’ [Patreon/Twitter].

‘Hosted by journalist Roqayah Chamseddine and her plucky sidekick Kumars Salehi. Every week we will talk about important stories from the worlds of politics and pop culture, both on and off-line, in a way that will never bore you’ [Patreon/Twitter].

‘A Podcast of Anarchist Ideas and Action For Everyone Who Dreams of a Life Off the Clock’ — a part of the sprawling CrimethInc media empire.

‘The Floodcast is Flood Media’s regular political podcast. It brings together a range of Brisbane-based commentators to discuss and analyse contemporary political issues from a radical left standpoint.’

‘A podcast focused on social movements and international politics from a libertarian socialist perspective, brought to you by members of Black Rose/Rosa Negra Anarchist Federation.’

‘Podcast of the Cybernetic Marxists. Examining the intersection of Technology, (Left) Politics, and Philosophy’ [Patreon/Twitter].

A podcast about billionaires and the economy [Patreon/Twitter].

‘Helen Razer is creating a podcast Yes. Another one. Another Leftist podcast’ [Patreon/Twitter].

‘A lighthearted look at conspiracies and their theorists… or deep state shills working to obfuscate the truth? You decide’ [Patreon/Twitter].

Daniel Harper wades thru the batshit propaganda of various prominent (and not-so-prominent) AltRight and nazi ideologues so you don’t have to [Patreon/Twitter].

‘A weekly podcast hosted by Jeremy Scahill of The Intercept’ [Twitter].

‘Inward Empire explores the role of ideas and ideology in American history — how the surface of actions and events can be shaped by undercurrents of thought and belief.’

TKHS is ‘a weekly radio show and podcast that tries to make you laugh about things that could make you cry’ [WBAI: Patreon/Twitter].

The Majority Report (With Sam Seder)

‘A podcast about political cinema and our crumbling world, hosted by Luke Savage and Will Sloan‘ [Patreon].

‘TMBS is the Vanguard of the New Left’ [Patreon/Twitter].

‘A Marx-ish™ podcast about history, politics, pop culture, and the end of the world’ [Patreon/Twitter].

‘Radicals in Conversation is a monthly podcast from Pluto Press, one of the world’s leading independent, radical publishers.’

Proles of the Round Table

From The Department Of Communism Will Win, ‘a podcast where a group of communists sit down, have some drinks (usually beer or La Croix), and talk about leftist history. Sometimes we have guests and sometimes it’s just us, but it’s always spicy. The only thing that will never change is the heat of the takes’ [Patreon/Twitter].

Dafuq is QAnon? Listen and find out [Patreon/Twitter].

Season of the Bitch

‘Season of the Bitch (SotB) is a leftist feminist podcast‘ [Patreon/Twitter].

Sigmarxism is surely among the top 100 podcasts ‘dedicated to discussing Warhammer 40k and Age of Sigmar from the perspective of leftist ideology’ [Twitter].

‘The #1 Anarcho-comedy show on any station across the nation’ [Patreon/Twitter].

‘This is Hell is a weekly longform political interview program broadcast across Chicago on WNUR since 1996′ [Patreon/Twitter].

‘We’re a comedy podcast based in London. We talk about the grasping moronic politicians, the serenely evil tech zillionaires, the garbled nonsense culture, and all the other dumb shit around the globe that makes our current horrible existence possible’ [Patreon/Twitter].

‘A debatably Jewish podcast … Recorded at CKUT on occupied Kanien’kehá:ka territory (Montreal), Sam Bick and David Zinman reflect on the political discussions that are happening (and not happening) in North American Jewish communities’ [Patreon/Twitter]. See also : Mazel Tov Cocktail (2017), ‘A Jew-ish left podcast from the land of the Wurundjeri people of the Kulin Nation (Melbourne)’.

‘Who Makes Cents: A History of Capitalism Podcast is a monthly program devoted to bringing you quality, engaging stories that explain how capitalism has changed over time.’

What is says on the tin … History is not made by the actions of a few rich and powerful individuals, like so much of the history we learn in school. History is made by the combined everyday actions of hundreds of millions of us: women, men, youth, people of colour, migrants, indigenous people, LGBT people, disabled people, workers, older people, the unemployed, housewives – the working class.

‘A podcast by, for, and about the working class today’ [Twitter].

2 Responses to Have We Got A Podcast? A Guide