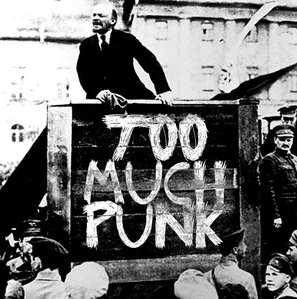 The ABC published a very silly article on the weekend. Variously titled “The alt-right has been under the media spotlight — but should we be concerned about the ‘alt-left’?” and “‘Bad people from both sides’: Should we be concerned of [sic] a rising alt-left?”, the URL reads “what-is-the-alt-left-and-does-it-actually-exist”.

The clickbait has generated a very healthy ratio on Twitter, and responses by Helen Razer (Breaking: state media cannot tell left from right. Crash fears prompt calls to revoke license.) and Evan Smith (There is no such thing as the ‘alt left’).

So yeah: a very silly article, and for a number of reasons, including but not limited to the fact that:

• The only academic study cited (February 2019) concludes that the Alt Left as such is ‘fake’ or faux. Trump supporters have succeeded in creating a fictional anti-public, the Alt Left, associating it with violence, as a form of moral equivalency to the Alt Right after Charlottesville, and mainstreaming it in the news. Which fact might render the article as a whole either: a) very brief or; b) entirely redundant.

• Of the two experts quoted, one is a student tutor (‘a political theorist from the Australian National University’) who, as best I can tell, has published nothing little on the alt-left, alt-right or antifa*, and the sociologist Steve Fuller, whose main contribution to the field is a blogpost from January 2018 titled ‘We have seen the Alt-Right, but what about the Alt-Left?’. It argues that those wanting a proper Alt-Left should take a page from the Alt-Right’s own playbook and delve deep into the Left’s own psyche to redraw its ideological ground – in particular, to rediscover its own positive understanding of freedom. A rather vacuous line of thinking, as it happens, but also one very much in evidence among the former partisans of the Revolutionary Communist Party (UK). It was for the benefit of an RCP front group, the ‘Institute of Ideas’, that Fuller has performed at a number of events organised by newly-elected Brexit Party MEP, Claire Fox. See also : Bosnian Muslims mark 1995 massacre of thousands with burials, The Washington Post, Darko Bandic, July 10, 2019.

• The article collapses the distinction between the alt-left, far left, and antifa, though all are understood to exist at the extreme opposite end of the political spectrum to neo-Nazis, racists, fascist[s]; the beliefs of which are, we’re assured, seen as a departure from mainstream values(!). Presumably, then, and insofar as the ABC embodies these mainstream values, it may be a while before we see an article titled ‘The Protocols of the Meetings of the Learned Elders of Zion has been under the media spotlight — but should we be concerned about The Jew?’.

• Rather than examine the recent history of, say, antifascist activism in the United States, the frame of reference provided for understanding the alt-left is frankly bizarre:

Unlike the far right and the alt-right, the far left do not call or associate themselves with the term alt-left.

They do, however, also have a history of violence and the prospect of a militant left actively fighting its ideological opposite is not far removed from history.

The Revolutionary Armed Forces of Colombia (FARC), Shining Path, and the 19th of April Movement were involved in bloody conflicts in South America in the 1970s, while the Red Army faction carried out a series of terrorist attacks in the 1970s and remained active for more than 20 years.

However, whether we will see the resurgence of a militant far left to counter the rising far right remains to be seen.

In reality — and leaving aside the fact that anti-fascists have been countering fascism and the far right for about a century now — FARC, Sendero Luminoso (‘Shining Path’) and M-19 were three of the more well-known armed struggle groups in Colombia and Peru during roughly this period, although quite how these alt-left (sic) formations have contributed to the development of, say, Redneck Revolt (or Rose City Antifa), is unexplained. Further, while ‘The 1970s’ were indeed an interesting period in the history of the ‘non-tolerant left’, Sendero Luminoso only launched its struggle against the Peruvian state in 1980, collapsed in 1992 following the capture of its leader and, while massively-reduced in its capacities, continued to undertake armed action into the 21st century; FARC, meanwhile, signed a (shaky) peace treaty with the Colombian state in 2016, having engaged in a 50-years long campaign against it, while M-19 continued its armed assaults into the 1980s (before opting for the parliamentary road). As for the Rote Armee Fraktion (1970–1998), that too is a long and interesting story, though like Colombian and Peruvian armed struggle groups, it’s one that took place quite some distance from Trump’s American “alt-left” of 2017. Thus, a semi-coherent account of an imaginary alt-left might look at the left tradition in the US, perhaps by way of relying less on, say, Chairman Gonzalo Thought! and more, perhaps, on the United Front Against Fascism (UFAF) conference of 1969, or even This Nonviolent Stuff′ll Get You Killed: How Guns Made the Civil Rights Movement Possible.

One thing I don’t understand about the article is the timing. I mean, Trump invoked the ‘alt-left’ in August 2017 (post-Charlottesville), and the one academic study cited — which concludes that it’s a nonsense term — was published four months ago. And while the term is bunkum, it entered into usage some years ago: one of the earliest expressions I can find is from a blog dating back to November 2015 (in which it’s understood to appeal to racially-conscious white semi-progressives), though astrologer turned US foreign policy critic Caitlin Johnstone copped some flak in 2017 for suggesting that Lefties Need To Stop Being Shy About Working With The Anti-Establishment Right.

Speaking of the Revolutionary Communist Party/spiked online, earlier this month, one of its scribblers penned ‘Meet the anti-woke left’, starring ‘dirtbag’ leftists Amber A’Lee Frost and Anna Khachiyan. Frost is a member of the Chapo Trap House mob and a sometime contributor to The Baffler; Khachiyan is a ‘bohemian layabout’ from Brooklyn. The article is — like the one published by the ABC, or almost anything by iamverysmart spiked contributor, frequent ABC guest commentator and professional whiner Brendon O’Neill — very (very) silly, but also useful — presumably — in expanding their market.

4 Responses to When The Alt-Left Attacks! (Also: Scary Reds)