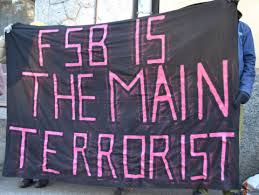 A group of anarchists and anti-fascists have been sentenced to lengthy jail terms after being convicted of belonging to a fictitious terror network imaginatively dubbed ‘The Network’ by Russian authorities.

… if I were a betting man, I would wager that our tiresome planet’s obnoxious pillars of liberal truth—the New York Times, the Guardian, the Washington Post, and Al Jazeera, among others—will suddenly weigh in on the case after blithely ignoring it for two years, as will many if not all of the crypto-Putinist “Russia watchers” in our midst, eerily silent until now. Barring a sudden revolution, don’t imagine this is the last such case in Russia, a country that has worried so many people around the world for the last several years that they’re determined not to know anything particular about it except “Putin” and “troll factories.” And don’t imagine that a show trial just as juicy and unjust won’t be coming to a theater near you. Please don’t reprint, repost or otherwise reference this article without prefacing it with my remarks. I’d like to preempt “spontaneous” shows of “solidarity” by people who couldn’t be bothered to do anything when it would have made a difference. Despite the well-known saying, it IS a popularity contest, and seven innocent young men in Penza have lost it. [TRR]

KIDNAPPING, ELECTROCUTING, BEATING UP
The FSB fabricates the case about terrorism against antifascists

On the eve of the presidential election and the World Cup repressions began in Russia. Activists are being kidnapped, beaten up, electrocuted, forced to sign and learn investigative evidence, in which law enforcement investigation interested, by heart. Besides tortures and battery, detainees are threatened to be imprisoned for long time: secret services incriminate participation in mythical terrorist organization called “Network”.

The seven will obviously require support and solidarity. In which context, see The International Anti-Fascist Defence Fund and keep your eyes peeled for an upcoming benefit gig in Melbourne. 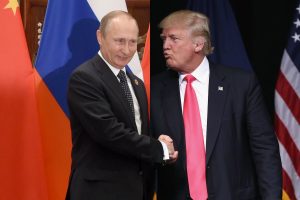