[Update (August 19, 2020) : ‘But perhaps the most disquieting effect of the prevailing attitude that racism always can, and should, be debated, is the way in which it has allowed the far-right to claim that they are being ‘cancelled’ if minorities refuse to dutifully engage with them. Even if the topic of the debate is said minorities’ right to exist’; CANCELLED: How the far right stole free speech, Ben Turner, swlondoner, August 18, 2020.] 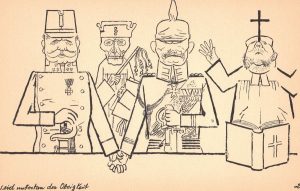 I read your reply to Valerio and Frances on the subject of mercy and cancel culture with some interest, and so too the frenzied reaction. That said …

While ‘free-ranging conversation’ can be fun, critical inquiry is a process that should be at the heart of developing any worthwhile argument or interesting thesis. It allows for the honest scrutiny and marshalling of evidence for or against any particular view. Without critical scrutiny, we lose our ability to make sense of the world and to act upon it, and so risk being devoured by the unthinking machinery of chaos and oppression.

Yet criticism doesn’t exist in a vacuum, especially when understood as a form of ‘collective discovery’. It’s a form of public engagement that we must nurture in good faith. To ‘play gracefully with ideas’ requires more than mutualism, and in order to breathe we must be free in mind and body; a condition which, to put it mildly, is unevenly distributed.

Nick, you’ve lamented the existence of something called ‘cancel culture’. While Donald Trump reckons cancel culture is ‘the very definition of totalitarianism’, you’ve not specified precisely what you mean by this term, simply contrasting it with a moral value, ‘mercy’, and associating it with another term, ‘political correctness’. According to you, these politics and this culture have been allowed to run amuck, and the result of this unchecked rampage has endangered art, truth and the imagination.

But what, precisely, are the ‘uncomfortable ideas’ that cancel culture and political correctness have prevented the expression of? According to you, political correctness is a ‘once honourable attempt to reimagine our society in a more equitable way’. I’d suggest that Stewart Lee was probably closer to the truth when he remarked that it’s ‘an often clumsy negotiation towards a kind of formally inclusive language’. It may be that your thoughts on cancel culture were inspired by ‘A Letter on Justice and Open Debate’ published by Harper’s Magazine in July. Or perhaps you remain resentful of the criticism you received for touring Israel in 2017.

In 2018, Jonah Engel Bromwich wrote that ‘cancelled’ is a word that ‘refers to total disinvestment in something (anything), and this usage can be traced back several years. But in the last few months, it’s been everywhere. The most popular definition of the concept on Urban Dictionary was posted in March and four of the nine definitions listed were added in just the last two years.’ The first instance of it I found on Twitter was in October 2016.

As far as I can tell, ‘cancel culture’ is in reality something of a shibboleth, and very far from the central crisis of contemporary politics⁠.

Where are we? I dunno about you, but I’m Melbourne, under lockdown. That’s because there’s a global pandemic raging. As of this date, 757,650 individuals have been cancelled by Coronavirus. In my hometown, 275 people — mostly old folk — have perished.

We live at a time when the global ecosystem is collapsing under the onslaught of capitalist industrialism. Authoritarian regimes and movements are flourishing. To put it another way, the species is not ‘a culture in transition’ but a civilisation in collapse. If — in the face of all the available evidence — we are in fact heading toward a more equal (global) society, it will not simply be because of commitment to ‘values’, but to their realisation through struggle, and as another writer put it:

Those who profess to favor freedom and yet deprecate agitation are men who want crops without plowing up the ground; they want rain without thunder and lightning. They want the ocean without the awful roar of its many waters. 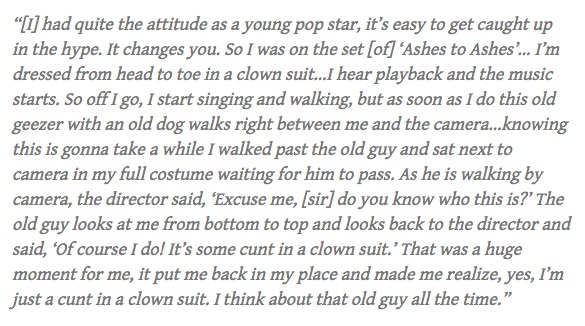 I live in Melbourne, Australia. I like anarchy. I don't like nazis. I enjoy eating pizza and drinking beer. I barrack for the greatest football team on Earth: Collingwood Magpies. The 2021 premiership's a cakewalk for the good old Collingwood.
View all posts by @ndy →
This entry was posted in Art, Broken Windows, Death, Media, Music, Poetry, State / Politics, That's Capitalism! and tagged “...And That’s Why We Should Keep The Bloody Flag The Same!”, Cancel Culture™, Donald Trump, God Emperor Trump, Nick Cave, Political Correctness™, Trump, Viva Presidente Trump!. Bookmark the permalink.