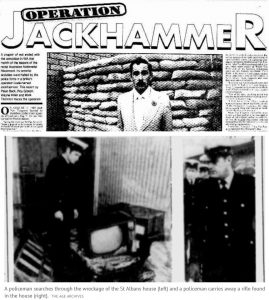 On this week’s episode of Yeah Nah Pasaran! we talk to Vashti Fox about Jack Van Tongeren’s ‘Australian Nationalists Movement’ in Perth in the 1980s and the ‘National Socialist Party of Australia’ in Melbourne in the 1970s. Vashti is the author of The Story of Palestine: Empire, Repression and Resistance (Red Flag Books, 2020) and ‘“Never Again”: Fascism and Anti-Fascism in Melbourne in the 1990s’, Labour History: A Journal of Labour and Social History (No.116, May 2019). Vashti is currently completing a PhD the University of Western Australia on the history of anti-fascism in post-WWII Australia.