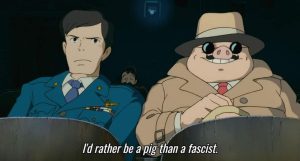 On this week’s episode of Yeah Nah Pasaran! on 3CR we talk to David Broder [Twitter]. A translator and Jacobin Europe editor, his next book is titled Mussolini’s Grandchildren: Fascism in Contemporary Italy (Pluto Press, 2022) which ‘Shows the direct lineage between Mussolini’s fascism and the thriving contemporary Italian far-right’.

We spoke to David about the election, Giorgia Meloni, Fratelli d’Italia, fascism and hobbits.

I live in Melbourne, Australia. I like anarchy. I don't like nazis. I enjoy eating pizza and drinking beer. I barrack for the greatest football team on Earth: Collingwood Magpies. The 2023 premiership's a cakewalk for the good old Collingwood.
View all posts by @ndy →
This entry was posted in Anti-fascism, History, State / Politics, That's Capitalism! and tagged 3CR, Brothers of Italy, David Broder, Fratelli d'Italia, Giorgia Meloni, Italy, Yeah Nah Pasaran. Bookmark the permalink.