The extreme left is noisy! 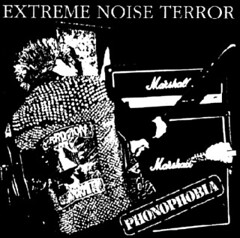 Two different extreme leftist groups have made threats of violent confrontation against Australia First. We must look closely at this development and make the right response.

I.N.T.E.L.L.I.G.E.N.C.E. provided to us has revealed that the anarchist ‘Black Block’ group had contemplated a violent assault at our party building [that is, Jim’s bunker in Tempe] last August. At the time, our office was the venue for the second day [August 27] of the Sydney Forum. [The first day’s events were held — presumably with the knowledge and co-operation of Sydney’s Estonian community — at Estonian House.] The attack did not occur (these extremists apparently ‘chickened out’!), but the anarchists are once again uttering dark words of violence. They have spoken of stalking nationalist leaders and of assaulting them. I am pleased to say that some nationalists became aware of all this and on the Whitelaw Towers blog, a thorough expose of these machinations has been undertaken.

Significantly too, I.N.T.E.L.L.I.G.E.N.C.E. has revealed that the otherwise ridiculous FightDemBack group of [Mathew Henderson-Hau] is progressively coming under a new leadership, one which seeks to marry up information gathering on nationalist leaders with the anarchist offer to do violence. But it was the creature Henderson who initiated these contacts, frustrated as his group was by their inability to deter Australia First or stall our growth.

The feral anarchist Black Block is a group noted for its links to “punk rock”, drug-taking and marginal living. That it could produce a plan for political violence should not surprise us. Black Block believes that any form of nationalism is the enemy of their internationalist perspective and must be violently confronted. They refuse to reason beyond these limits!

We understand that police also became aware of the anarchists’ threats to Australia First through a standard investigation, after Black Block assaulted police officers in Melbourne last November. Perhaps on this occasion, there will be police action against Black Block, since it is the safety of police which is also threatened.

Now we learn that the International Socialist Organisation (ISO), a Trotskyite sect which is part of the Socialist Alliance, has also come out swinging. I will dismiss with amusement their [statement] that “Australia First is no ordinary right-wing party” — simply because the present writer is involved! This sort of perverse flattery impresses no one, myself included. But after noting with consternation our emergence onto the Sydney political landscape, our rise in profile and our search for new forms and presentations, they reveal their ultimate purpose.

In an article [‘Cronulla Anniversary: Media dog-whistling encourages Nazi groups’, December 6, 2006] by Tom Barnes on the ISO [website] they spell it out:

“Let’s be clear — Australia First is a fascist organization that does not have the right to campaign and intimidate Muslims, Arabs, or any other oppressed group. They must be driven from the streets, back into the shadows they emerged from. This also means campaigning against the racist lies propagated by Howard and co.”

So we have no rights? How will we be “driven from the streets”? Is this not a threat of violence?

As was the case during the Pauline Hanson furore of 1996-98, the extreme-left has the task of limiting the Australian patriotic people’s democratic right to freedom of expression and organization. Their first function will be to smear us with their ‘oppositional’ propaganda, which by asserting that we are “white supremacists”, “fascists”, “racists” etc., might suggest to some members of the public that they are opposing us because, actually — we are precisely that! A clever line to limit our freedom of expression! It would be an effort to isolate us from the very people we need to win: the ordinary Australian working people and youth. Then, by turning up at our venues and causing trouble, they will suggest through their media-covered actions that somehow it is [we] who are the trouble makers — and our ability to hold free meetings and reach people is thus restricted.

These are old tactics, but they can have an impact unless we address the game. These methods had some success during the Hanson years and these groups were tacitly permitted by the police hierarchy, and encouraged by the media, to go on the rampage. We are forewarned.

In the fantasy world of these Trotskyite communists, we nationalists are ‘linked’ to HoWARd’s Liberals, exactly because the government has a ‘war on terror’ and seeks internally to get Moslems to ‘conform’ to capitalist, consumer, ‘Australian’ (sic) norms. We recognise no such connection. As is well known, Australia First has opposed the war in Iraq from the start, along with all adventures in Moslem countries, as not in the national interest, whilst simultaneously objecting from first principles to alien immigration and imported culture: for the defence of the real Australian identity. Those high-immigration and New World Order war-mongerers, the John HoWARd Liberals, are no friends of ours. But for the confused ISO, that is just not the case!

The witches’ brew of extreme-left delusion (whether anarchist or Trotskyite), drugs, and marginal lifestyles, can indeed produce strange results. We can see groups that mouth hatred of the Establishment serving to “shut down” (their word[s]), the only real challenge to globalism — Australian nationalism.

As all Australia First members know, our party wants no brush-war-confrontation with groups of no real account on the Australian political scene. However, we can promise you we will be vigilant and take these anti-Australian forces into account, as Australia First builds itself to be the only activist movement for nationalism and patriotism in New South Wales.

What, rather than an electoral front created by Graeme Campbell in 1996 (following his expulsion from the ALP in 1995 for being a “grubby little racist”) who then abandoned it for One Nation in 2001? A party led by a neo-Nazi with a criminal conviction for organising a shotgun attack on the family of (Sonwabo) Eddie Funde, the ANC representative to Australia and New Zealand (1983–1991), in 1989? A neo-Nazi who, in 1987, was convicted and jailed for insurance fraud, and then lost an appeal in 1989? A “creature” who for several years — truncated by his imprisonment — led another fascist groupuscule called National Action (1982–200X)?* And a ‘patriot’ who, before that, was a member of the Australian National Socialist Party?

I mean shit, far be it for me to “smear” Jim with his own biographical data or assert that AFP are “white supremacists” or “fascists” or “racists” merely by reference to their politics. Or — worst yet — dare suggest to members of the public that I oppose them because, actually — they are precisely that!

A very clever line to limit their ‘freedom of expression’!

As for Saleam’s story-telling, a few facts:

One: There is no such thing as “the anarchist ‘Black Block’ group”. It’s a tactic, not an organisation, one having its origins in German radical politics of the 1980s. (The kind of tactic that Welf Herfurth — roving NPD Ambassador to Australia, Blood & Honour Australia organiser, and AFP member — may well have encountered in his younger days.) And it’s spelt ‘bloc’.

Two: The sensational ‘revelations’ contained in Jim Perren‘s blog (formerly administered by his WPCA comrade Peter Campbell) revolve around the online antics of two teenagers from Queensland: ‘kaaos_af’ and ‘Rollo’.

Three: In December, Jim Perren published an extract (below) from the November 2006 edition (No.8) of a Sydney zine called Mutiny (PO Box 4, Enmore, NSW, 2042). According to Herr Doktor, “From an I.N.T.E.L.L.I.G.E.N.C.E. point of view, anarchist publications are worth a read”. Unfortunately, comprehension is obviously considered a step too far, as Saleam’s understanding of the history of Angry People is about as accurate as his knowledge and understanding of history in general.

‘Bash the Fash. Bash the Fash.’ The title of the semi-ironic email to which I responded was repeating in my mind, kind of the same way as a child my interactive G.I. Joe used to bark ‘Take ‘em down boys. Go, go, go!’ with the press of a button. The sound of hardcore punk quickly filled the car as I drew on the dregs of my cigarette. Looking down at the balaclava on my lap, and the various items that could be used for property damage, I was unsettled. The presence of one woman in the car, involved in the action and its planning, could not prevent the feeling that four men all dressed in black ready to fight back against the fascists were living up to every societal expectation of masculinity. The fascists hanging out the back of the property — complete with their huge, muscular white bodies — simply added to the intensity of the action, as the fear of our violence (property damage) slipping into violence defined on their terms (bodily damage) loomed.

The car drove towards the ambiguous target slowly. ‘So are we going to fuckin’ do this or what?’ said one person. On the brink of our faces being subsumed in [balaclavas?], and symbolic violence being performed against the fascist gathering, we pulled out. For me, whilst this was a result of uncertainty as to where they were gathering, this uncertainty transcended the material circumstance, and [was] complicated by conceptions of anarchism, violence and gender. Personally, this experience raised the issue that myself, and maybe other anarchist men, have not fully considered the implications of advocating violence and the relationship that has with gender.

Er… leaving aside this bloke’s angst over issues of: ‘gender’ (he’s a bloke); ‘violence’ (property damage); the location of Jim’s bunker (Tempe); and political nous; if the above account is indeed accurate, he appears to have done little more than abandon an ill-conceived attempt to… what? ‘Damage property’.

Four: there was no ‘Black Bloc’ in Melbourne for the G20. Hence it is impossible for it to have done anything (let alone “assault police”), while the efforts of Taskforce Salver to prosecute those alleged to have taken part in criminal actions at G20 are a matter of public record.

No one has been charged with assaulting police.

*After Saleam was imprisoned in 1991, NA received a new führer: Michael Brander. Unlike Saleam, Brander’s past as a neo-Nazi has not prevented him from making a partial rapprochement with the neo-conservative right, Quadrant magazine re-publishing his MA thesis (LaTrobe University) on ‘Alexander Solzhenitsyn and the West’ in the March 2005 edition. Brander also addressed a post-graduate conference organised by the University of Sydney in July 2005. Brander is also currently alleged to be publishing a zine called Australian Resurgence. Interestingly, veteran racist Colin Wuttke stood for the SA seat of Ramsay in 2006 as an ‘Independent’ sponsored by ‘Australian Resurgence’; a long time between drinks for Wuttke, who last contested a seat in 1980.

I live in Melbourne, Australia. I like anarchy. I don't like nazis. I enjoy eating pizza and drinking beer. I barrack for the greatest football team on Earth: Collingwood Magpies. The 2021 premiership's a cakewalk for the good old Collingwood.
View all posts by @ndy →
This entry was posted in !nataS, Anarchism, Anti-fascism, Media, State / Politics. Bookmark the permalink.