anarchy is a (Venezuelan) fag! 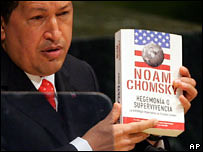 “I have passed a national leader (who aspires to be part of the party) to the Disciplinary Council for talking nonsense. I will be watching closely … Critical thinking is fundamental to a revolution, but that is very different to going around talking badly about a party that has not been born, collecting signatures to present them who knows where. Anyone who wants to be an anarchist, get out of here, you are not wanted, what is needed here is a creative, but disciplined active membership.”

I live in Melbourne, Australia. I like anarchy. I don't like nazis. I enjoy eating pizza and drinking beer. I barrack for the greatest football team on Earth: Collingwood Magpies. The 2023 premiership's a cakewalk for the good old Collingwood.
View all posts by @ndy →
This entry was posted in !nataS, Anarchism, State / Politics, Trot Guide. Bookmark the permalink.

14 Responses to anarchy is a (Venezuelan) fag!